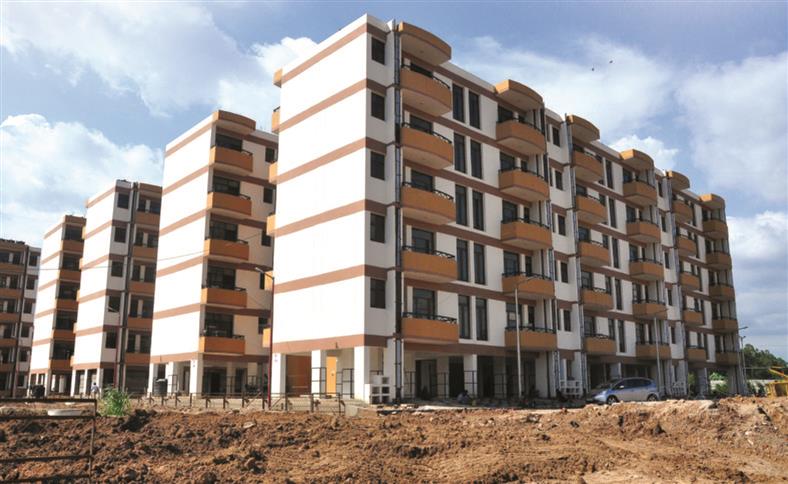 The Punjab and Haryana High Court today ruled the Chandigarh Administration was deliberately choosing to look the other way regarding floor-wise sale of residential buildings. - File photo

The Punjab and Haryana High Court today ruled the Chandigarh Administration was deliberately choosing to look the other way regarding floor-wise sale of residential buildings. It, in the process, failed to discharge the onus of being the guardian of the interests of city residents.

The Bench of Justice Tejinder Singh Dhindsa and Justice Vivek Puri ruled that the Administration chose to stay smug taking a stand on paper that floor-wise sale of residential building was not permissible, while residential floors were being advertised for sale right under its nose. The Bench added that it discovered as many as 24 advertisements for floor-wise sale in the Sunday Tribune, dated July 25. “Surely suchlike advertisements spread over a period of time would be manifold.”

The Bench also observed that UT Assistant Estate Officer deposed that the Administration would take steps to issue an advertisement in local newspapers to warn the general public against unverified advertisements on sale of immovable property. But it stood conceded that no such public notice was issued till date. UT additional standing counsel Anil Mehta’s response to a specific query in this regard by the court was that the ‘matter is being deliberated upon’.

Referring to a survey report placed on record, the Bench observed that 891 residential buildings had been identified where sale of shares had taken place “within the stipulated time frame”. A number of instances were given where the shareholder was occupying a particular floor in the building.

Appearing before the Bench on behalf of the Sarin Memorial Legal Aid Foundation, senior advocate ML Sarin, during the course of arguments, submitted that developers were having a field day and the UT Administration was turning a blind eye to such activity in spite of a clear embargo against a single residential unit being fragmented and apartments being built.

The matter was brought to the notice of the High Court after a residents welfare association and another petitioner filed a petition against the Union Territory of Chandigarh and other respondents through senior advocate Puneet Bali, with BS Patwalia, Uday Agnihotri and Gauravjit Patwalia. Before parting with the order, the Bench recorded its appreciation for “valuable assistance” rendered by amicus curiae Chetan Mittal.