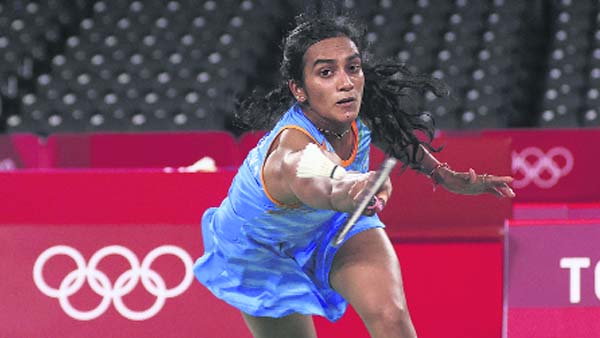 On Sunday, Sindhu won her second Olympic medal — a bronze — by defeating Chinese contender He Bing Jiao 21-13 21-15. In the 2016 Rio Olympics, she had bagged the silver medal.

‘A historic moment for India’

“The credit goes to her parents and coach. She played aggressively, used the entire court, marked crosscheck shots and gave her best. This medal is a historic moment for India. Since childhood, she was a promising player. I congratulate her on behalf of the Chandigarh Badminton Association. We will try to bring the champion to Chandigarh to motivate youngsters in coming months.”

“The credit goes to her parents and coach Pullela Gopichand. She played aggressively today, used the entire court, marked crosscheck shots and gave her best. This medal is a historic moment for India. Since childhood, she was a promising player. Under Gopichand and her new South Korean coach, she has achieved new heights. I had conducted camps of the Indian contingent for the Commonwealth, Youth and Asian championships in which Sindhu played, and I remember how hard she used to work. I congratulate her on behalf of the Chandigarh Badminton Association. We will try to bring the champion to the city to motivate youngsters in coming months,” said Mahajan, who is works with the UT Sports Department.

A former Indian shuttler and local coach, Wing Commander Satish Bhatia, also congratulated Sindhu. “She lost the gold, but recovered well to win the bronze. Hats off to her for her performance,” said Bhatia, who represented India in the Commonwealth Games and the Asian Games. “This is an unforgettable moment for the entire nation. She is such an inspiration. I just wish to have half her talent. She played well and showed what commitment means to achieve the aim,” said Deeksha, a local trainee.

“She didn’t let her guard down, despite facing a defeat in the semis. She learned from her mistakes and made a stronger comeback today. She made every Indian proud,” said Shivesh, another player.