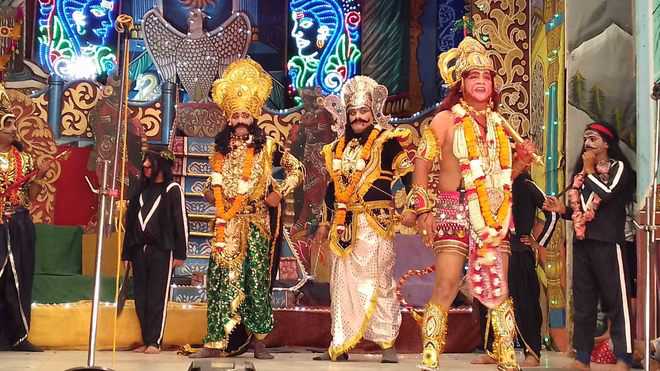 The Chandigarh Congress today condemned the Administration for taking action against Ramlila committees for use of crackers while burning Ravana effigies on Dasehra and demanded quashing of FIRs.

Congress spokesperson Harmail Kesri said cases had been registered against members of Dasehra committees. “Two days before Dasehra, city BJP president Arun Sood had sent a press release stating that he spoke to the Administration and all Ramlila committees can burn effigies of Ravana with firecrackers. Due to this, the committees burnt Ravana effigies with firecrackers. Later, cases were registered against the committees,” he said. “The city BJP president should be held responsible for all this,” he said.

Kesri said the Administration took this decision keeping in mind the orders of the National Green Tribunal (NGT). He said the NGT ban was restricted to Diwali only. In the NGT order, it is nowhere written that action will be taken for burning Ravana effigies with firecrackers.