Rain likely on next two days in tricity 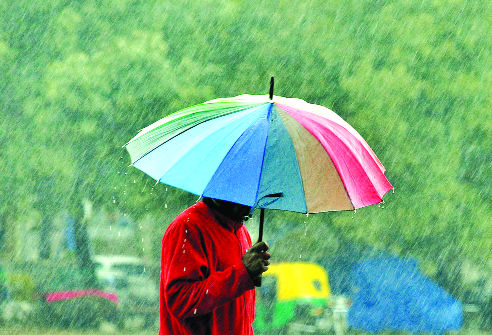 Rain is likely in the tricity on Sunday and Monday.

Rain is likely in the tricity on Sunday and Monday.

According to the Chandigarh Meteorological Department, the rain spell is likely to be accompanied by thunderstorm, lightning and squall (40-50 kmph) at isolated places. It will bring down daytime temperature.

“Keeping in view the ongoing harvesting of crops in the region, it is suggested necessary arrangements should be made for a safe storage of the produce,” said a Met update.

Due to rain likely tomorrow, the maximum temperature is predicted to fall to around 27°C. For the next few days, daytime temperature is likely to remain on the lower side.

The minimum temperature, which was 20.6°C (three degrees above normal) today, is not expected to see much change. It is likely to be around 20-21°C.