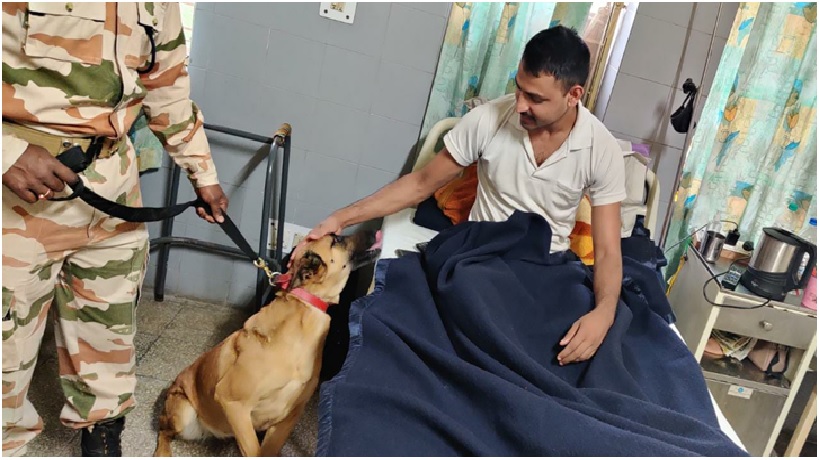 At present, there are 10 retired ITBP dogs at the home, which was set up last year. — Tribune Photo

After spending the prime of their lives sniffing out explosives and undertaking guard duties, the Indo-Tibetan Border Police Force’s (ITBP) retired K-9s are undertaking a new, compassionate role. They are being used as ‘therapy dogs’ for patients as well as for children with special needs.

The dogs, settled at a specially established retirement home at the ITBP’s Basic Training Center at Bhanu, near Chandigarh, started visiting ITBP hospitals a few days ago to lend emotional support to personnel admitted there.

At present, there are 10 retired ITBP dogs at the home, which was set up last year. Another 20 dogs are expected to be moved there shortly for their post-retirement life.

“Trained and affectionate dogs have a strong emotional and therapeutic impact and provide patients with a welcome break from the otherwise monotonous hospital routine,” an ITBP officer said.

“The playful connect established between the dogs and the special children have also been remarkable,” he added.

The ITBP is now planning the dogs’ visit to a local school for special children after tying up with an NGO.

Though the concept of therapy dogs is old, it is a novel venture in India. The role of a therapy dog is vastly different and at most times at odds with the combat duties, the K-9 is trained for.

From being ferocious and aggressive, they now need to be docile, affectionate and playful. 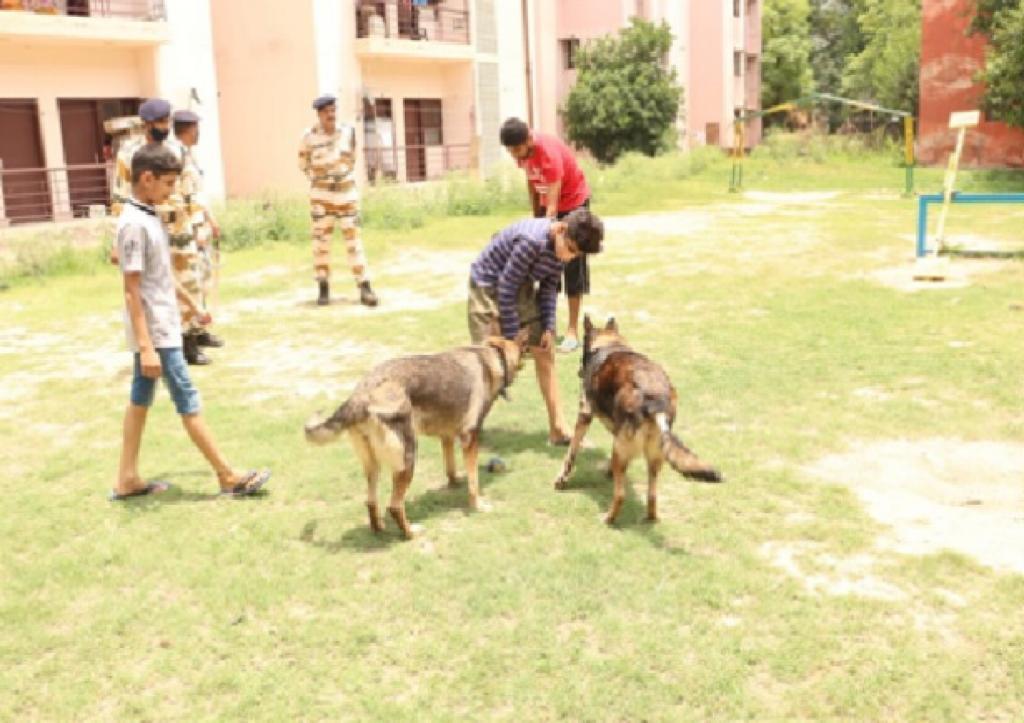 “Our dogs are well trained and do not attack unless ordered to by their handlers,” an ITBP veterinary officer said. “If their handler is friendly with someone, it filters down to the animal which also has its own instinct to sense the situation and behave accordingly,” he added.

The ITBP is studying the psychological and medical aspects of the man-dog engagement, based upon which the role of therapy dogs could be expanded and extended to other forces as well as a handling policy and standard operating procedures would be worked out.

The Central Armed Police Forces, which function under the Ministry of Home Affairs, deploy about 3,500 dogs for internal security duties. In addition, the Armed Forces also have their own dogs for security-related tasks.

Recently, the ITBP raised a new unit of assault dogs, comprising Belgian Malinois and the German Shepherd breeds, which have been trained to work in packs of four to pin down enemy troopers if the force’s patrol teams are attacked.

The lead dog in this group is trained to attack the neck area or the jugular vein of the prime attacker, and the remaining three dogs neutralize other members of the adversary group.

They are also trained to leap into vehicles or enter buildings and disarm persons.