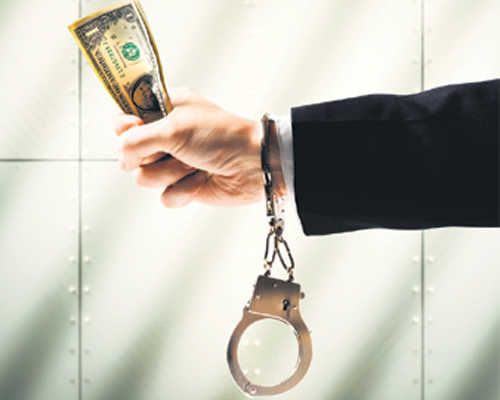 The Punjab Vigilance Bureau (VB) today arrested a registry clerk at the tehsil office in Zirarkpur on graft charge.

In a complaint filed on the Chief Minister anti-corruption helpline, Harsimran Singh of Adda Jhungian village in Dera Bassi accused the clerk, Gurmeet Kaur, of graft.

During an investigation of the complaint and the evidence, it was found that the registry clerk had received Rs 20,000 from the complainant to register his power of attorney.

A VB spokesperson said during the probe, the allegations against the woman clerk were found to be true and a case was registered at the VB Flying Squad-1 Police Station, Mohali, under the Prevention of Corruption Act.

Gurmeet Kaur is wife of former Havildar Sukhwant Singh, who, along with two other cops, was arrested in November 2020 for allegedly preparing fake documents, including Aadhaar card and voter ID, used to make passports. He was later dismissed from the service. The police had said the forged travel documents were for gangsters, including Raju Basodi from Haryana.