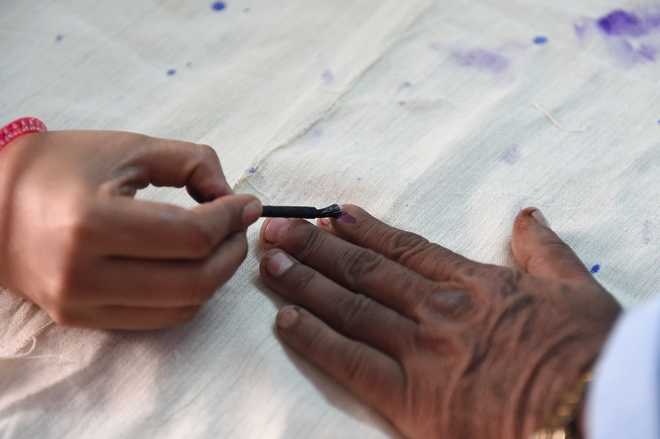 On the lines of Punjab, the city Shiromani Akali Dal (SAD) has inked a pact with the city Bahujan Samaj Party (BSP) for the local Municipal Corporation (MC) elections scheduled for December.

As per the seat-sharing arrangement, 19 seats will be contested by the SAD and the remaining 16 will be fought by the BSP.

We will announce our collaboration with the BSP on Wednesday. We will contest 19 seats and they will fight on 16. Hardeep Singh, President, City SAD

Hardeep Singh, city SAD president, told Chandigarh Tribune, “We are going to announce our collaboration with the BSP tomorrow. We will contest on 19 and they will fight on 16 seats.”

City BSP president Gurcharan Singh Kamboj said, “We are in talks with the CPI. They are likely to come on board. We will leave two-three seats for them. If that materialises, the SAD and the BSP will fight on the remaining seats on the 50-50 sharing basis.”

The SAD president had last year declared to contest all 35 seats of the MC. However, after their alliance with the BSP, they have settled for a seat-sharing arrangement.

Kamboj said it was after 25 years that the two parties are jointly fighting elections. In the last MC elections, the SAD and BJP had fought as alliance partners. Of the total 26 seats, the BJP contested on 22 seats and the SAD fought on four. The saffron party won 20 seats and the SAD could win only one seat.

Kamboj said the BSP had fought on 18 seats, but drew a blank. He shared that property tax, sewerage cess, privatisation/contract system, roads and sanitation would be among the issues to be raised during the elections. Besides, the issues of unemployment, inflation and farm laws would also be taken up.