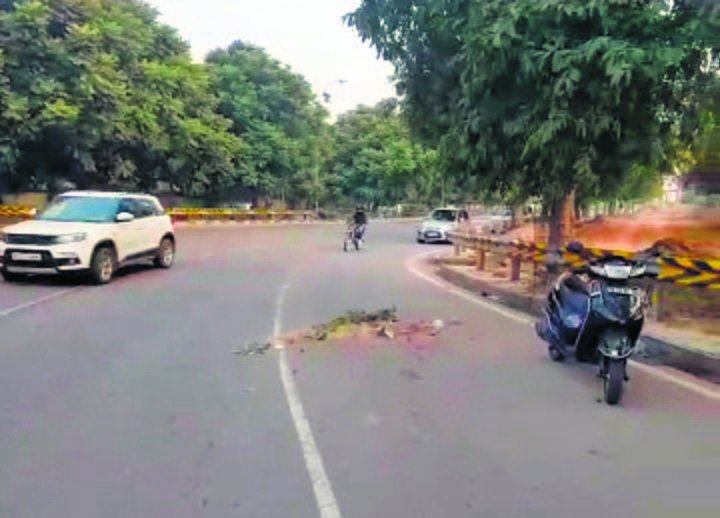 A 43-year-old woman and her 14-year-old daughter were crushed to death under a tipper truck on Airport Road here today. The victims have been identified as Rajwinder Kaur and her daughter Darweshinder Kaur, who were natives of Bathinda and staying at a rented accommodation in Sector 67.

According to the police, the incident took place around 4 pm when the victims were going towards Kharar from Sohana on their scooty. At a sharp curve near Mata Gujri Gurdwara, a major black spot on the road, a sand-laden tipper hit their two-wheeler. They fell on the road and were crushed under a wheel of the tipper. Rajwinder died on the spot. The police took the girl to a hospital where doctors declared her brought dead.

Daljit Singh, SHO, Sohana police station, said, “The accident took place when the tipper was taking a turn on a blind curve and hit the scooter. Rajwinder had moved from Bathinda to Mohali to educate her child.”

The truck driver has been identified as Mahitab Singh, a resident of Sangrur. He was arrested on the spot, the SHO added. — TNS