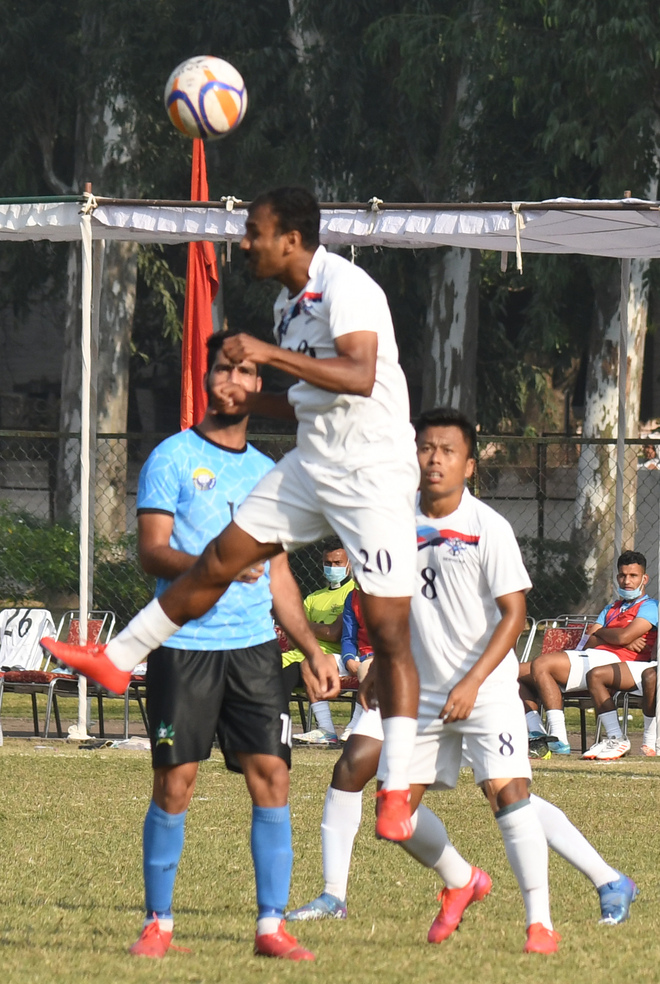 Chandigarh lads lost a golden chance to pull off their first win in the ongoing Santosh Trophy qualifiers at the Sector 7 Sports Complex yesterday.

Playing their second tie, after ending a 1-1 draw in the opener against Jammu & Kashmir, the city lads were expected to pull up their socks and win against Uttar Pradesh. However, they missed a good number of chances forcing them to manage with the second draw of the tournament.

The match started on a high note. The team headed by former Indian stars Harjinder Singh and Sanjeev Maria started the match with an attacking formation. The local favourites packed their midfield with seven defenders with the support of three defenders. Both teams took 10 minutes to settle down by playing ball possession. However, it was the visitors who started showing some aggressive football in the match. In the 27th minute, Mohammad Mustafa Khan of Uttar Pradesh was shown the yellow card. However, not allowing themselves down, the Uttar Pradesh midfielders kept on pressing Chandigarh’s defense in search of their first goal. Though they were not able to taste success in repeated attempts, the visitors made sure that they were here to play. The first half of the match remained goalless. After the 15-minute mandatory break, it was again Uttar Pradesh lads, who held most of the possession. However, as the match entered in the 60th minute, Chandigarh lads started to show their strength. The strikers started getting good passes from the defensive midfielders, but they kept holding the ball for long. Towards the 75th minute, both Kunal and Shivam Pandey attempted some good cross-passes. However, poor finishing on the goal mouth kept troubling the side.

The side had as many as four open chances to score goals. However, failing to convert those chances, forced the side to manage with just a draw.

Meanwhile, tournament favourites Services continue to impress with a fine performance on the field. In their second tie, Services defeated Jammu and Kashmir by three goals. Just like their last match, Services started with an early goal. Tongbram Krishnakanta Singh netted the opening goal in the 4th minute to demoralise Jammu and Kashmir lads. Pintu doubled the lead in the 19th minute. After scoring two goals, the side kept the ball within themselves to seal the first half in their favour. The side remained strong in the second half and scored the third goal in the 60th minute through Vivek. Services now top the pool with six points from two matches.