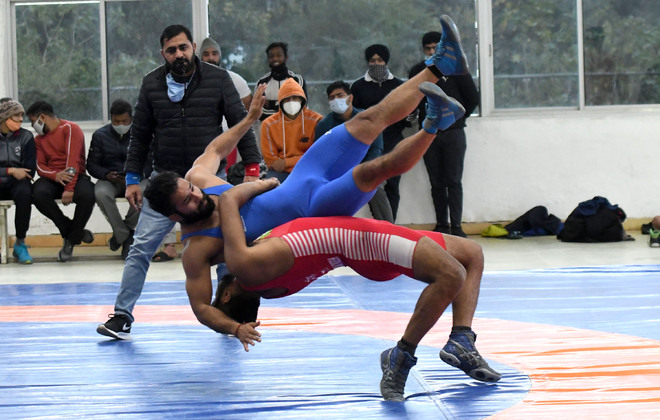 Wrestlers in action during a bout at the Mani Majra Sports Complex in Chandigarh on Tuesday. TRIBUNE PHOTO: RAVI KUMAR