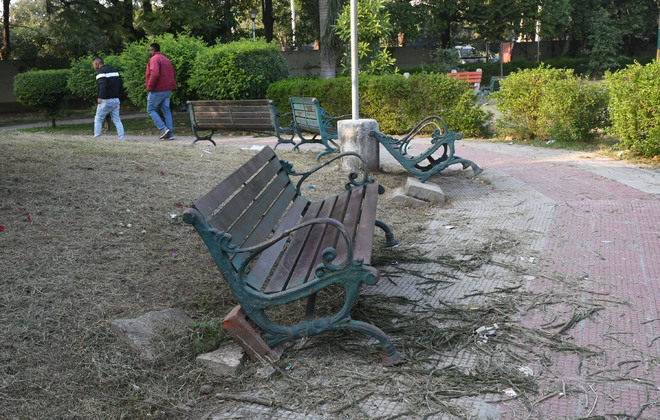 A public park located adjacent to group housing society 42-43 in Sector 20 here is in a poor shape due to lack of cleanliness and maintenance. Local residents complain that there is no proper system in place for the upkeep of the park. Hence, the condition of the park has become pitiable.

OP Sihag, president of All Parks Development Society, Panchkula, said the MC had recently taken over the maintenance of the park by dissolving the park development society consisting of local residents. “However, the poor condition of the park has corroborated that the civic body is failing to maintain it on its own. Either the MC should reinstate the development society or constitute a new one,” he said.

Sihag, who is also a former executive officer of the Panchkula MC, added, “Parks are one of the most visited recreational places, particularly for elderly people and children. It is sad to see the park in neglect. Rubbish is strewn all over the paths, playground and exercise areas.”

Navdeep, a junior engineer of the civic body, said they were yet to receive any such complaint, adding that they would act on it if they got one. — TNS