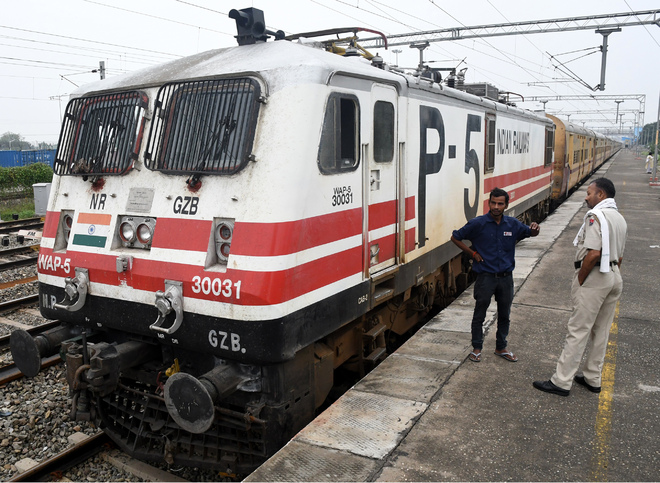 Nearly eight trains plying through Chandigarh Railway Station were delayed due to the rail roko protest, a call for which was given by the Samyukt Kisan Morcha. Chandigarh-New Delhi Shatabdi (train number 2046) was cancelled.

About 200 members of various pro-farmer organisations in the city, including the Naujawan Kisan Ekta, Pendu Sangharsh Committee and the Kisan Ekta (Chandigarh), blocked the railway tracks around the city, despite the rain. They demanded the resignation of Union minister Ajay Mishra Teni in the wake of the Lakhimpur Kheri incident and the revocation of the three farm laws.

One of the passengers, Anita, who was waiting for the train to Lucknow said, “This all is happening because PM Modi is troubling farmers. We can’t even go via road because they will charge extra fare. As it is, petrol and diesel rates are too high.”

Satnam Singh Tanda of the Kisan Ekta (Chandigarh) said, “This is a strong message to the Modi government. We don’t want to inconvenience anyone, but if the government is adamant on the issue of farm laws, we won’t budge.”

At the railway bridge near Raipur Kalan, the protesters raised slogans against the government while village folks provided them with langar.