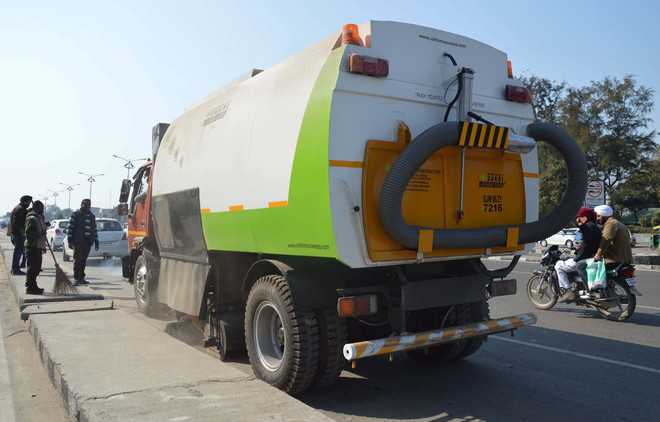 In order to get rid of the tag of Non-Attainment City, the town would soon be equipped with a mechanical sweeper, water sprinklers, electric vehicles charging stations and electric vehicle-based system for waste collection.

Additional Deputy Commissioner (G) Komal Mittal said the Central Pollution Control Board had identified 94 Non-Attainment Cities (NACs) which have consistently violated air quality standards throughout the country, and Dera Bassi is one of them. A city is put in the NAC category if over a five-year period, it consistently does not meet the National Ambient Air Quality Index, she said, adding that an action plan is already prepared for counter measures in Dera Bassi, under which pollution check centres have been upgraded and efforts are being made to deal with vehicular mess on the main light points.

The official said the construction of two parking zones had started on the tehsil road and the adjoining vegetable market in the city. The traffic police monitored the area with a smart CCTV system accustomed with sensing systems.

An awareness campaign is under way in schools and other vulnerable areas to sensitise people to the ill-effects of pollution through online seminars, camps and public meetings.

Emphasising the regular checking of pollution emission of vehicles, the ADC (G) said their focus was on electric vehicles. Instructing the Municipal Council to buy a mechanical sweeper at the earliest, she said the machine would help improve the air quality.