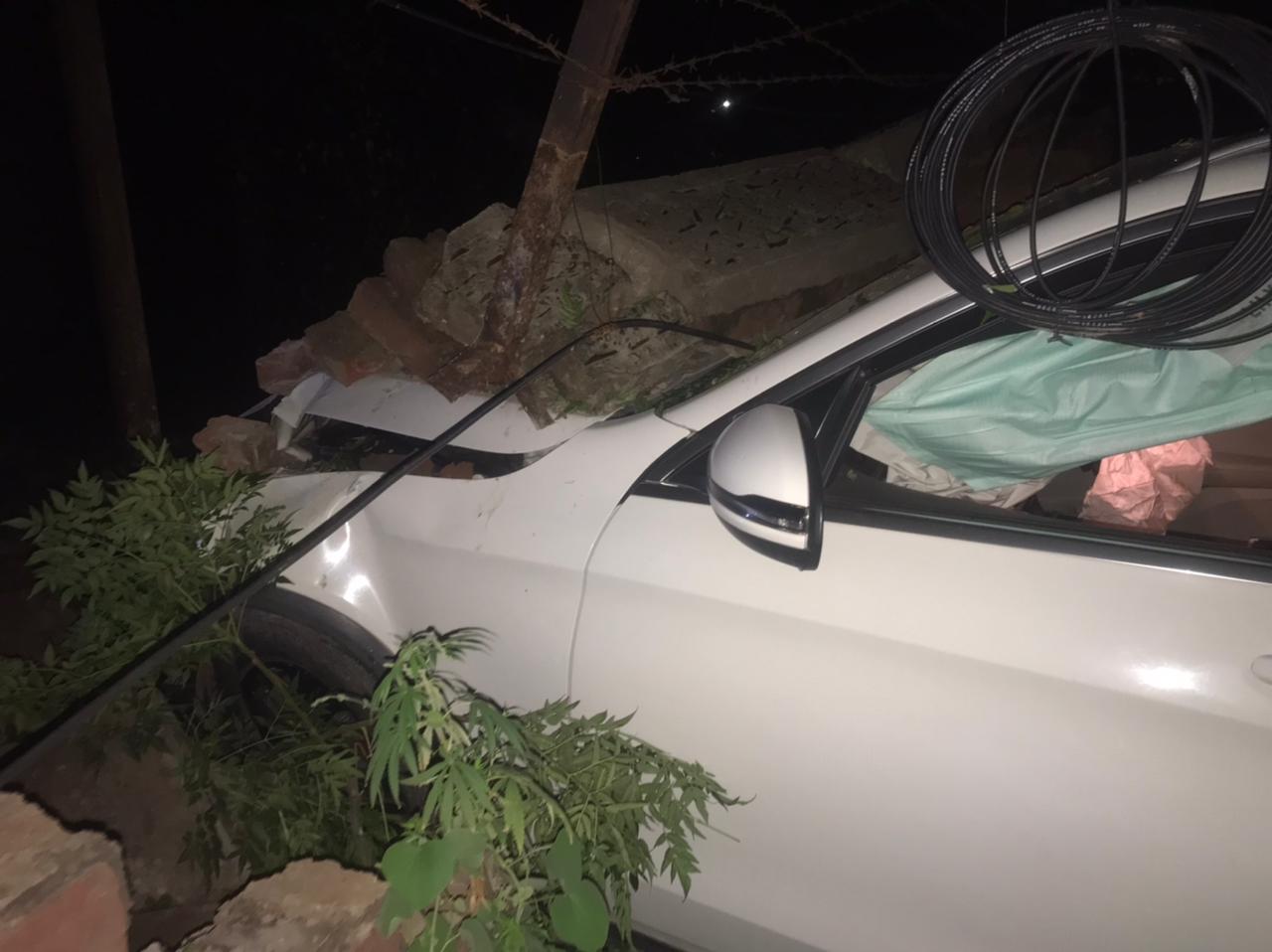 The car rammed into NIPER wall.

A speeding Mercedes car hit a motorcycle on the Sector 66-67 light point on Sunday night in which a man and a woman died. The two were among four persons who died in three separate road accidents in Mohali in the past 24 hours.

The deceased have been identified as Sanaur resident Amandeep Singh, 32, and Sangrur native Simranjit Kaur, 31. Amandeep, a bike taxi rider, and Simranjit, a media professional, were staying separately in Sector 34 as paying guests. The car driver, Arvinder Singh of Delhi, hit the motorcycle before crashing the car into the wall of NIPER near Sector 67 around 10 pm. Amandeep died on the spot, while Simranjit succumbed to her injuries at the GMCH-32 on Monday.

Phase 11 SHO Gagandeep Singh said a case under Section 304 of the IPC had been registered against the car driver. The bodies have been handed over to the families of the deceased after post-mortem. The car with Haryana registration number had been impounded, cops said. — TNS

A 34-year-old cyclist died after being hit by an unidentified biker near Sector 85-86 around 7 pm on Sunday. The deceased, identified as Uttarakhand native Naresh Kumar, was employed as a labourer and currently staying in Sambhalki village. He is survived by his wife and four children. A hit-and-run case has been registered.

A 45-year-old scooterist died after being hit by a speeding car in Kurali on Sunday night. The deceased, identified as Manakpur Sharif resident Ranjit Singh, was employed in the Water Supplies Department. Cops said a car with Haryana registration hit the scooterist near the stadium and fled. The police said they were searching for the car driver. A hit-and-run case has been registered.