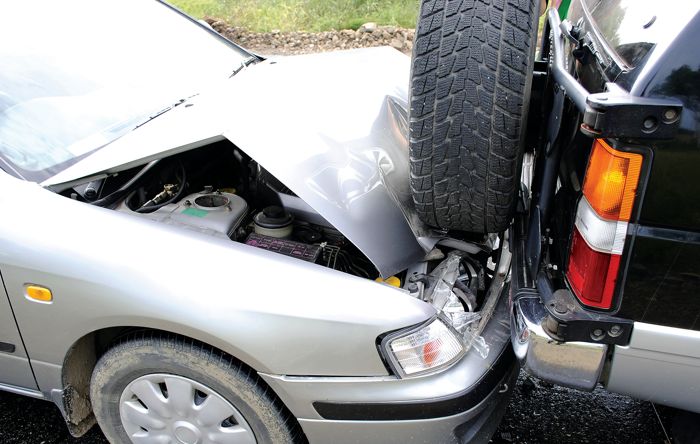 Overspeeding was the root cause of 92 per cent road crashes reported from the city in 2020. Of the 50 fatal accidents in which 53 persons died, 47 were due to overspeeding, reveals a report compiled by the Road Crash Analysis Cell of the Chandigarh Traffic Police.

The city witnessed 159 accidents (as per registered FIRs), of which 50 were fatal and 109 non-fatal. As many as 53 persons died and 148 were injured in these accidents.

However, there were nine non-FIR cases in which nine persons were killed and seven injured.

Overspeeding has come forth as the major killer with 47 fatal cases in which 50 persons lost their lives, 10 cases of grievous injuries that left 14 injured and 76 cases that left 125 with minor injuries being caused by overspeeding.

The remaining three accident deaths were reported due to drunken driving, jumping the red light and driving on the wrong side.

The lockdown imposed in the city due to Covid-19 contributed towards the decrease in the number of accidents.

According to the report, most of the people killed in fatal road crashes last year were two-wheeler riders, which comprised 43 per cent followed by pedestrians and cyclists at 23 per cent and 19 per cent, respectively. Cars have emerged as the front runner in terms of vehicles causing fatal, grievous and minor crashes. Cars led to the death of 32 persons, trucks nine persons and two-wheelers four persons.

In their report, the police have observed that haphazard growth has led to creation of bottlenecks and congestion on roads, which has resulted in a rise in the number of road accidents.

Based on the accidents, the police have identified four black spots and vulnerable spots in the city. 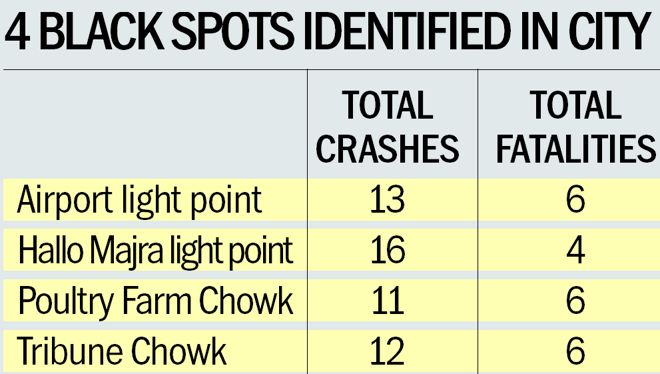