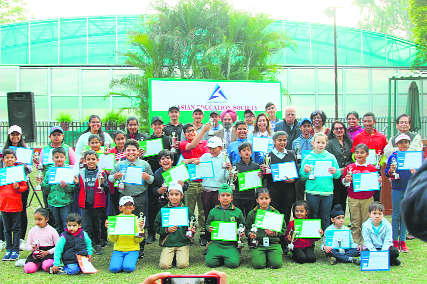 The youngest participant, three-year-old Nihaal Singh, was awarded with a special prize for playing all nine holes with a laudable score. Anupinder Singh Grewal, Judge at the Punjab and Haryana High Court, awarded the winners.