Two sides to face each other on Oct 24 after a gap of over two years; hoteliers to offer special menu, live telecast 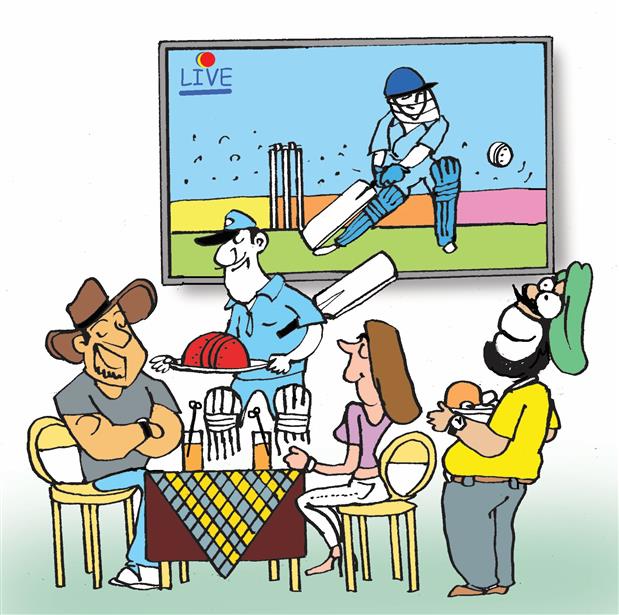 Not only cricket buffs, but hoteliers are also waiting for the Sunday – the day when India take on Pakistan in the ICC T20 World Cup.

The Chandigarh Police are gearing up for the occasion and are making special security arrangements to avoid any untoward incident.

Sources claimed that a survey of hotels had already been carried out and special deployment of police personnel would be made at various Sectors.

“As the match is scheduled to start at 7.30 pm, we have to be extra vigilant. Fans won’t be allowed to create a ruckus at parking lots or on roads. If needed, special nakas will be put up in sensitive zones. Official orders in this regard will be issued soon,” said a top police official.

Many fans said instead of enjoying the match in a hotel or at a bar, they would make arrangements at home to avoid the risk of getting infected.

It’s better to arrange things at home and invite friends to enjoy the match. Amid the increase in the number of Covid and dengue cases, it is better to stay put at home. —  Khush, A Cricket fan

After a gap of almost two and half years, Indian cricket team will lock horns with Pakistan on October 24.

As everyone won’t be lucky enough to watch the epic battle sitting inside the Dubai International Stadium, the hoteliers here are planning to install wide screens and offer special menus to make it a memorable occasion for the cricket lovers of the city.

“We have already installed a big screen and will offer a special menu. Special dishes will be made and named after different states. Mocktails will be named after players. We are also planning special screening for the guests,” said Raghuvir Singh, manager, Hotel Aroma.

“India is playing against Pakistan after a gap of two years. It’s a big occasion. So yes, besides live screening, we are going to create the vibe with mega schemes and special menus,” said Ankit Gupta, owner of Himani Vertigo Lounge, Sector 35.

Meanwhile, local bars and pubs, which promote sporting events, also plan to change the theme of their venue. “We have placed orders for cricketing gear and equipment. These will be installed inside the food courts and bars so that our guests get a proper environment,” said a Sector 26-based bar owner.

Not only hoteliers, but various coaching centres are also planning to telecast the Indo-Pak encounter. Sources claimed that the match would be telecast live on the big screen at the Sector 16 stadium.

“Yes, plans have been made for children and trainees. The shorter format of the game can be enjoyed by one and all,” said a top UT official.