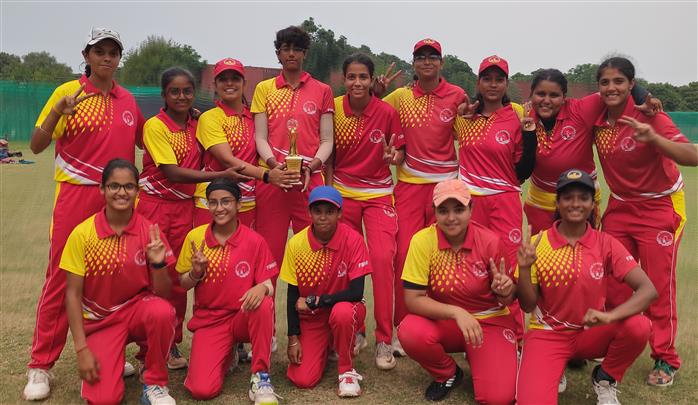 Members of the Terrace Zone flash the victory sign after winning the tournament at SD School in Sector 24, Chandigarh, on Friday.

After winning the toss, Leisure Zone decided to bat first. They were bundle out for a mere 57 runs for the loss of nine wickets in the stipulated 20 overs. Twinkle Pathak (15) was the top scorer for the side. Rakhi (2/5) and Parushi Prabhakar (2/18) took two wickets each for Terrace Zone.

In reply, Parushi Prabhakar (33) and Shivangi Yadav (13) helped Terrace Zone chase the target at the loss for four wickets in the 17th over.