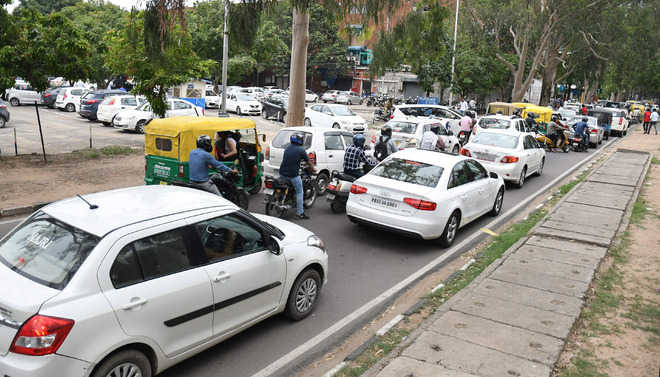 Even as smart features are missing at the parking lots, the agencies running 89 paid parking spaces in the city were today given licence fee relaxation for the third time in a row due to Covid.

Following two firms’ submission that they will be unable to run the facilities at the present rates in the current situation, the MC General House today gave a further three-month relaxation to them. The relaxation is between 45 per cent and 65 per cent of the actual licence fee in different parking spaces. It was given for September, October and November. Officials said they had already paid the reduced amount for these months.

However, there was no word regarding making the parking lots smart. At the last meeting, it was decided that if the firms fullfil the directives under the smart parking system by November 30, these will be allowed to charge on an hourly basis from December 1. However, till today, the MC has not made up its mind.

On its part, the two firms had contended that it was not practical to run the lots at 100 per cent fee. They argued that since there was no crowd at parking lots of educational institutes such as the ones in Sector 34 and outside malls, it was not feasible to operate these at the current rates.

At the House meeting last month, the firms were directed to pay 100 per cent fee. However, after their inability to do so, the corporation relented.

“There is no point starting from scratch again. If they run away, we will have to depute our staff at the parking lots till the time we find new firms. As it is, we are short-staffed. We have told them that in case they leave after December, the relaxed amount will not be considered,” said a senior MC officer.

The civic body had allowed the two companies to deposit 35 per cent to 45 per cent of the actual licence fee from June 1 to August 31, while their full fee was waived from March 16 to May 31. At present, smart features, uniform for the staff and proper display board regarding 10-minute free service are missing at the lots.