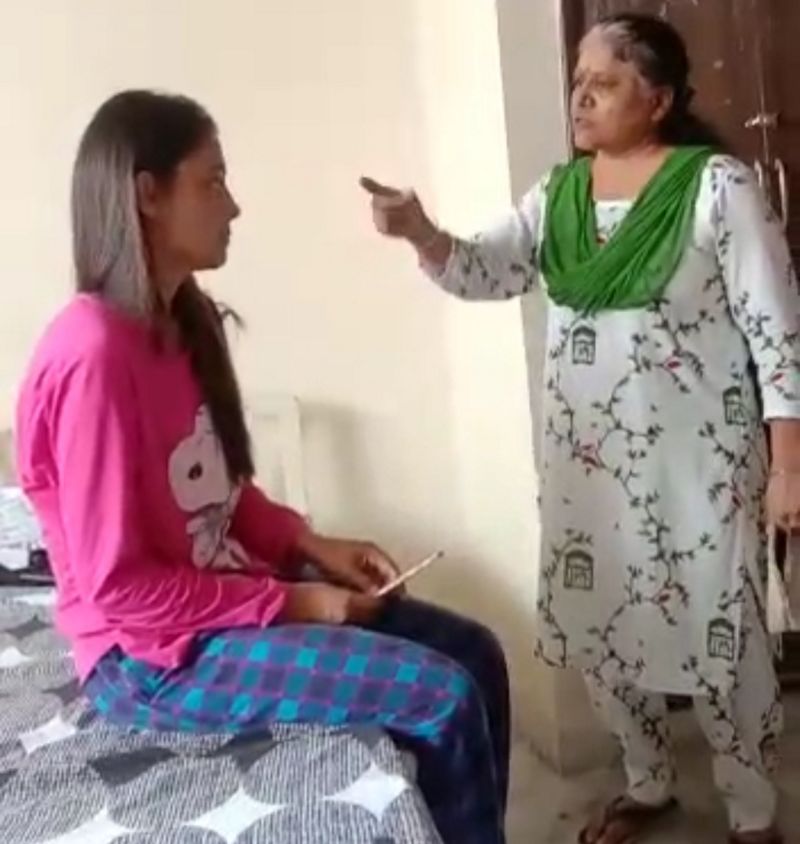 The girl being questioned by a CU official following allegations.

The arrests of two youths from Shimla and Rohru, and a girl student from Chandigarh University, have put a question mark on police’s assertion that it was only a case of a girl sharing her video with her friend.

The police have arrested two HP boys and a CU girl student, also from Himachal, in the case so far. Cops will probe various angles, including conspiracy, extortion bid or making of videos to extract money from victims. In the FIR registered under Section 354-C (voyeurism) of the IPC and the IT Act at the Sadar Kharar police station, the DSW office manager stated she got a phone call from the hostel warden narrating the incident and her subsequent questioning of the suspect.

The DSW manager then summoned the warden, the suspect and six other girls who had claimed the suspect had clicked photos and made a video of them in the washroom of the hostel.

In the meanwhile, repeated phone calls and messages were being received on the suspect's phone. The manager then asked the girl to tell the caller to send the screenshots of the videos back to her.

Soon, the receiver sent her the screenshots - but from a different number. The girl, a first-year student of MBA, expressed her ignorance on how the photos and videos were circulated to another phone number.

Sources said the girl had made four videos after being allegedly pressured by the caller.

In the preliminary investigation, the police maintained only one video, that of the girl, had been made. "No other videos, pertaining to other girls, had been found till now," Mohali SSP Vivek S Soni said. The complaint given to the police indicated besides the girl and boy, the photos and video were sent to another phone number.