Mechanised Sweeping: Despite expiry of contract, company to continue work 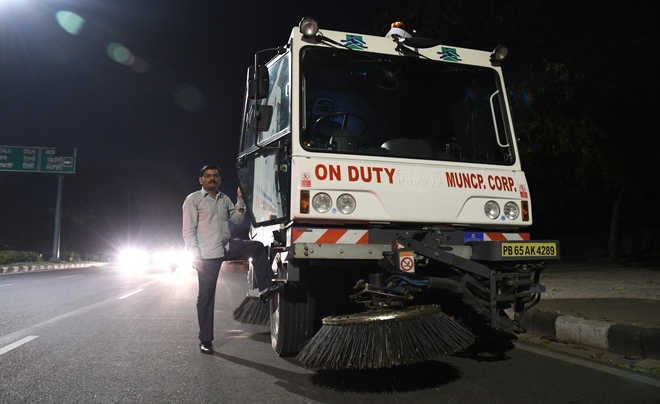 Despite its five-year mechanised road-sweeping contract expiring next month, Lion Services Limited will continue to work, courtesy officials of the Municipal Corporation.

Despite its five-year mechanised road-sweeping contract expiring next month, Lion Services Limited will continue to work, courtesy officials of the Municipal Corporation.

On May 31, the MC House had approved that sanitation contract for southern sectors given to Lion Services should not be renewed and fresh tenders should be floated to get a better deal for the civic body. However, the corporation failed to float the tenders. Now, the tenders could not be floated anytime soon as the election model code of conduct for the MC polls will come into force early November.

The assets, three Dulevo 5000 road sweeping machines, along with other fittings, would have become the property of the corporation after the expiry of the contract. However, it will be unnecessary delayed. The delay in the re-tendering process will cause a huge financial loss to the civic body. The wilful delay in the re-tendering process may amount to giving undue favour to any person or firm by causing loss to the MC. Shakti Prakash Devshali, BJP Councillor

The corporation pays about Rs5 crore per month for the machined sweeping of roads in the southern sectors.

The BJP councillor, Shakti Prakash Devshali, has sought a probe from the MC Commissioner into the “deliberate delay in the process of re-tendering for GIS-based mechanical and manual sweeping of selected roads.” Lions Services Ltd has a separate manual contract (for some other sectors) which will expire in January.

Devshali added, “Apart from this, the accountability of the officers concerned should be fixed and appropriate action taken in the interest of the corporation.”

When contacted, Commissioner Anindita Mitra said, “I cannot say why the tender could not be floated in June as I was not (posted) here that time. Now, we are revising the tender document and will be floating it as soon as possible.”

Source said it is about three-month tendering process and the present company is expected to get extension till the time, the new one is hired. It means the tender will be floated after the elections i.e. in January.