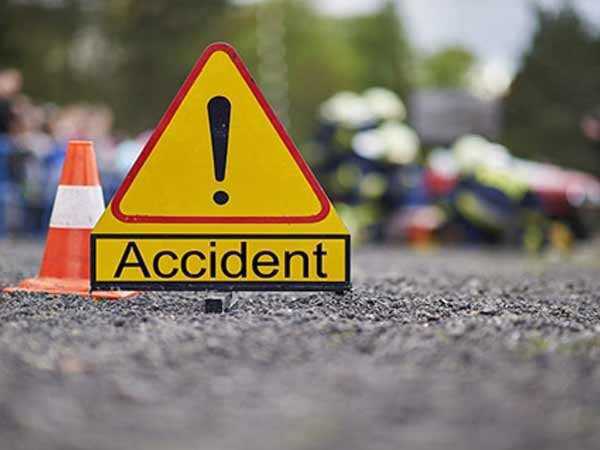 Zirakpur: Two persons were killed and as many injured when a recklessly driven SUV hit a taxi waiting to take a U-turn on the Zirakpur-Patiala road on Friday night. The SUV driver first hit a beat box at the intersection and then rammed the taxi. He fled the spot leaving behind the vehicle, the police said. Investigating officer Rajesh Chauhan said: ‘’Deceased Neeraj Sachdeva and his friend Ishaat Madan, a resident of Abohar, were on their way to Zirakpur in a taxi along with their friend from Gidderbaha, who has not been identified yet.” Neeraj Sachdeva and the unidentified person from Gidderbaha died during treatment. TNS

Chandigarh: The operations cell of the UT police arrested a woman with 200 gm of heroin worth Rs16 lakh near the furniture market roundabout. A case under Section 21 of the NDPS Act has been registered against the suspect, a resident of Sector 56. She said she got the contraband from a person, seemingly an African national, in Delhi. The 40-year-old was produced in a court, which sent her to police remand. TNS

Chandigarh: The police have booked a Sector 37 resident, Vikash Sethi, for allegedly cheating a Sector 41 resident Radha Krishan of Rs3.70 lakh in 2018 on the pretext of providing him visa for Cyprus. A case under Sections 406 and 420 of the IPC has been registered. In another case, the Sector 3 police have registered a case against Gurminder Singh and his wife, both residents of Chandigarh, for allegedly cheating a Moga resident, Harjap Singh, of Rs7.50 lakh for providing him study visa for Australia in April, 2016. The suspects neither provided him visa nor returned his money. A case under Sections 420 and 120-B of the IPC has been registered. TNS

One booked for credit card fraud

Chandigarh: The police have registered a case against an unknown person for duping a woman of Rs 1 lakh by fraudulently transacting from her credit card on an e-commerce portal in September this year. A case under Sections 120-B, 419 and 420 of the IPC has been registered. TNS

Mohali: The Mullanpur police have booked management officials of a real estate firm, Omaxe New Chandigarh Developers Private Limited, in a case of forgery and cheating in a housing project in New Chandigarh. The case was registered on the complaint of a Ropar resident, Manpreet Singh. According to him, the suspects sold him a residential floor in September 2019. They had no authority to sell the land from the competent authority. The police said the officials would be summoned to join the investigation. TNS

One booked for celebratory fire

Dera Bassi: The police have registered a case against a Delhi resident for allegedly firing in the air during a wedding function at a hotel on the national highway near here on Friday night. The suspect has been identified as Bobby Luthra, a resident of Delhi. The police said manager Sanjeev Kumar, in his complaint, stated that the hotel was booked for the wedding of a girl from Dera Bassi. Luthra, who was dancing at the wedding venue, fired two shots with his pistol, despite being stopped by the groom’s relatives and hotel managers. He, however, ignored the request, the police said. TNS