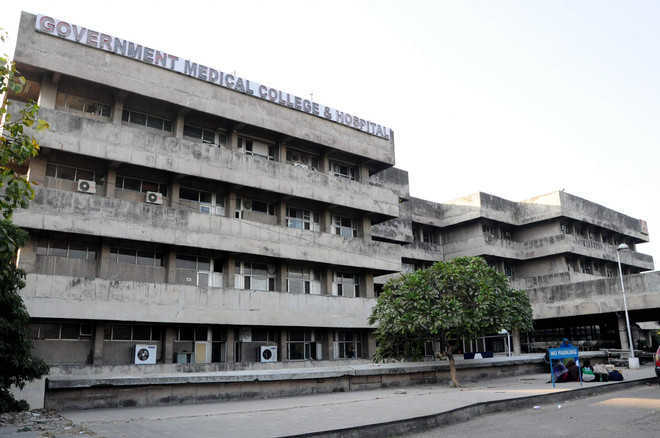 Two more Covid-19 patients were discharged from the Government Medical College and Hospital (GMCH), Sector 32, here today. Both patients are the contacts of the first Covid-19 case of the city. They are a 25-year-old resident of Sector 21 (brother) and a 23-year-old male resident of Sector 19 (friend).

The city’s first Covid-19 case, a UK-returned 23-year-old woman from Sector 21, has recovered. However, she is yet to be discharged from the hospital. She came in contact with 13 close contacts, of which seven had tested positive.

Among her positive contacts, three have been discharged and four more are undergoing treatment at the hospital. These include 21-year-old male resident of Sector 38, a male cook, a masseuse from Panchkula and a female friend from Mohali.

A Dubai-returned Sector 30 resident was discharged from the GMCH-32 on Saturday. However, his mother and two male friends from Sector 29 are still admitted to the hospital.

Till now, five Covid-19 patients have been discharged from the hospital after being tested negative. At present, there are 13 active cases of Covid-19 in the city. No fresh case has been reported from the city in the past two days.

A Sector 19 resident, who was discharged from the hospital on Sunday, had symptoms similar to common flu during the illness. “I didn’t feel depressed as my morale was mostly high. I was confident that I will recover sooner or later. I talked to my family members and friends, which kept me going,” he said.

He said: “None of us should take it for granted as no one of us is immune to it. You should not be scared and lose hope as the disease will be cured. I had high fever for two days, followed by cough and body aches.”

“We were not allowed to move out of our isolation room. However, I remained in touch with my family and friends admitted to the hospital. I would like to thank all doctors for taking good care of us,” he said.

206 rounded up for curfew violations