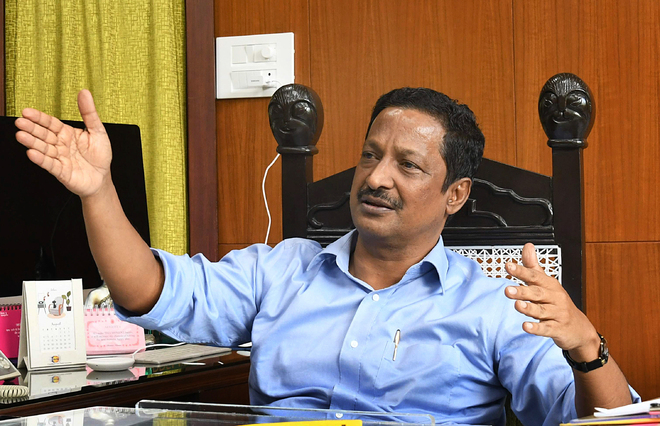 UT Adviser Manoj Parida on Tuesday ruled out the opening of liquor vends in Chandigarh amid the curfew restrictions, a few hours after he sought suggestions from the public on his Twitter handle in this regard.

Parida had tweeted on Tuesday morning that a doctor had recommended to open liquor vends for two hours.

“One doctor has suggested allowing 2 hour opening of liquor shops lest the addicts go for drugs, or depression..Your views group,” he tweeted.

Responding to it, though a few people welcomed the suggestion, many urged Parida against it, asserting that it would lead to crowding.

In a reply to the adviser, one Sandeep Kumar said the move will result in an increase in the movement of people. He said people from nearby areas will come to Chandigarh, increasing chances of the coronavirus spread.

“If you allow liquor shops to open, addicts may ask for opening of tobacco cigarettes, pan tapris as well.. keep that in mind,” tweeted a woman.

Among those who favoured the suggestion, a person termed it a “sound advice”.

“Prohibition has never proved to be success in the world. The prime objective here is the lockdown, which is being effectively enforce,” the person said, adding that it would result in revenue generation.

Responding to the suggestions, Parida later in the day tweeted that after consulting government doctors, it has been decided not to open liquor shops during the curfew. PTI