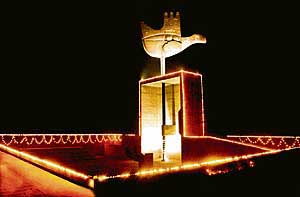 Chandigarh has hit the 17th spot in the country with a pass percentage of 92.58 whereas Lakshadweep has topped with 100 pass percentage in the Class XII CBSE exams results declared today. A total of 17,621 students appeared for the exams in Chandigarh and 16,314 were declared pass. Chandigarh has shown an improvement by 7.7 per cent than last year’s pass percentage (84.81).