Ignoring coaches, Admn invites applications from retiree or pensioner for the post 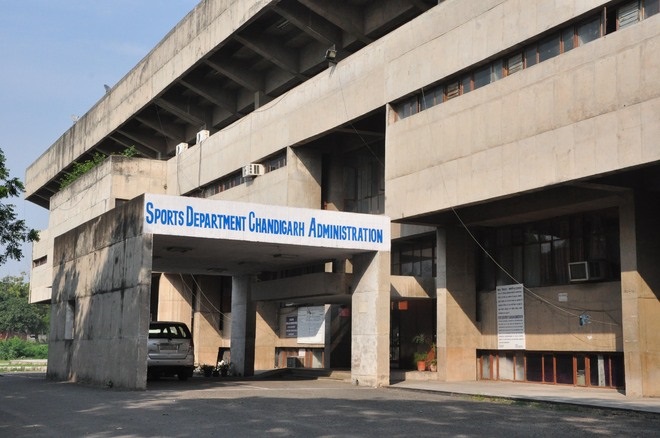 The UT Administration is all set to appoint a new District Sports Officer (DSO) in the Sports Department. However, the Administration will not choose any coach from the department for this job. Instead, a retiree or a pensioner will be appointed on the chair.

The Administration wants results from us and expects us to be at its disposal anytime. When it comes to give our right, it prefers other people over us. The higher authorities always come to click pictures with our wards whenever they bring laurels. In reality, they are ignoring us like anything. Youngsters should be considered over retirees in the department if the Administration wants to improve sports in Chandigarh. — Coach

The post has been lying vacant since January 1, this year. Former coach Ravinder Singh (Laddi) retired from the post on November 30, 2020. Later, the department appointed former judo coach Krishan Lal to the post of the DSO on an ‘additional charge’. He retired on December 31, 2021. Since then, the department is working on appointing the senior most coach on the job.

There will be a fixed monthly amount by deducting the basic pension from the pay drawn at the time of the retirement. The amount of remuneration so fixed should remain unchanged for the term of the contract. There will be no annual increment/percentage increase during the contract period. Also, an appropriate and fixed amount as the transport allowance will be provided.

The Administration has invited applications from retirees/pensioners retired from the Government of India/state governments/UT Administrations/Boards/Corporations to fill the post on a contractual basis for a period of one year or till it is filled on a regular basis. The contract is further extendable by another one year on review of the task and the performance of the appointee and provided not be extended beyond five years after superannuation.

With this decision, the department will now have all three top officials from other departments. While the Director Sports is a HCS official, the Joint Director Sports belongs to the Himachal Pradesh cadre. Now, with this open advertisement, the DSO will be also from other department. One of the most ignored departments of the Administration is already witnessing recruitment of pensioners or retirees on a direct recruitment (interview) basis under the UT Sports Council. Notably, by appointing senior coaches as the DSO (on additional charge), the department was not paying them extra salary.

The department has not only failed to give cash awards to its coaches for past three years, but also delayed the process of promoting coaches from the junior scale to the coach scale, who are working here for over a decade now. The latest decision on appointing a retiree or a pensioner has further dashed their hopes of becoming a DSO.

In 2015, the then UT Adviser Vijay Dev, now State Election Commissioner of Chandigarh, had recommended that that process to fill any vacancy should start in advance. “The authorities are trying to save DSO’s post from lapsing. They are covering up their mistakes (delay in appointing a regular DSO) now. There’s a huge possibility that the authorities may adjust someone on this post, may be a former sportsperson or some layman,” claimed a coach.