Can apply online before Nov 7 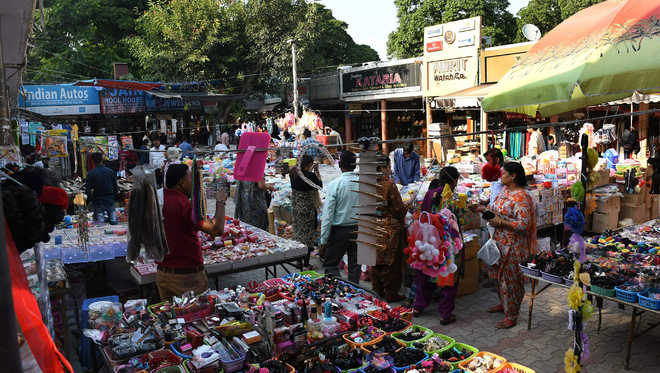 Haryana Speaker and local MLA Gian Chand Gupta directed the officials concerned to crack a whip on street vendors encroaching on public space in all sectors ahead of the festive season.

To ensure safety against Covid-19, Gupta said the administration would provide vendors with temporary sites in every sector and rural areas to set up stalls.

The vendors can apply for sites online before November 7 and they will be charged for the first three days after which they can stay at the site by paying on a per day basis.

He urged the officials to make sure that the rates were minimal and less than Chandigarh.

“Sanitation issues won’t be tolerated around the sites and strict action will be taken against violatiors,” he said.

He was presiding over a district-level meeting at Haryana Vidhan Sabha secretariat.