To check pollutants being released into Ghaggar via Sukhna Choe, N-Choe 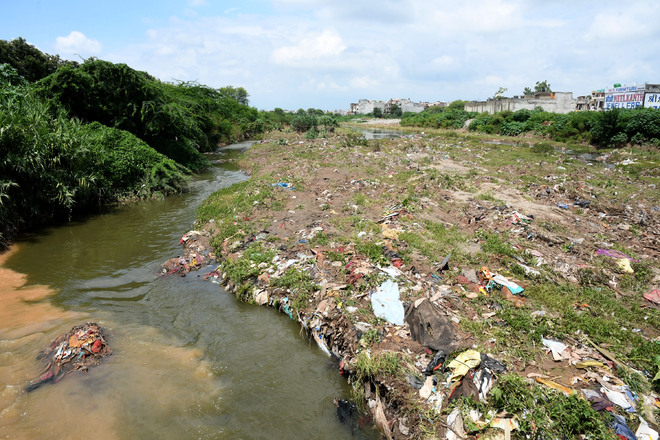 Earlier, the UT had informed the NGT about lack of infrastructure at the Sukhna Choe. File photo

To keep tabs over the discharge of effluents into the Ghaggar, the UT Engineering Department will soon set up real-time water quality monitoring stations on the Sukhna Choe and N-Choe.

CB Ojha, Superintending Engineer, UT, said the site for the installation of the water monitoring station on the Sukhna Choe had been finalised for checking the pollution level in the water. He said they had decided to install the monitoring station near the sewage treatment plant in Raipur Kalan and had written to the Forest Department for approval.

Recently, the National Green Tribunal (NGT) had ordered the setting up of monitoring stations on the N-Choe and Sukhna Choe, which flow into the Ghaggar near Zirakpur.

Ojha said the department would soon set up a water monitoring station on the N-Choe near the Garden of Silence in Sector 42. He said tenders for the project had already been floated and the final bidder would be responsible for the maintenance of the equipment to be installed on the site.

During a recent meeting with the NGT, the department had stated that a proper space and infrastructure was unavailable at the Sukhna Choe. However, the department had assured the green tribunal to explore the possibilities for the installation of the monitoring station.

The NGT had also directed the Engineering Department to complete the phytoremediation work around Sukhna Choe and N-Choe in a month to prevent the flow of polluted water into the Ghaggar.

In August last year, the NGT had directed the department to undertake in-situ bio-remediation in the two drains carrying untreated sewage into the Gaggar. However, the department has so far planted nearly 3,500-4,000 saplings along the N-Choe and Sukhna Choe and on slopes. Under phytoremediation, different varieties of plants that remove, stabilise and destroy contaminants in the soil and groundwater are planted.