Will plug discharge of sewage by Aug 31: Chandigarh : The Tribune India 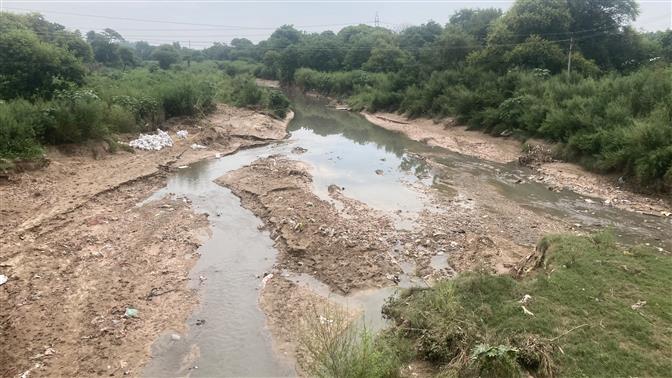 In order to reduce water pollution, the UT Administration has set a target of completely plugging the flow of wastewater into the Patiala Ki Rao Choe by August 31.

In a compliance report submitted to the National Green Tribunal (NGT) on sewage management in the city, the administration stated 90 per cent volume of flow of wastewater into the choe had been reduced and it would be plugged completely by August 31.

The administration submitted 100 per cent treatment capacity was in place, but there was a gap in sewage generation and actual utilisation of the sewage treatment plants (STPs) for which the work was under progress.

On plugging of wastewater discharge into Patiala Ki Rao, the UT submitted notices had been issued to 135 residents of Khuda Lahora and Khuda Jassu villages to rectify their internal sewage network. 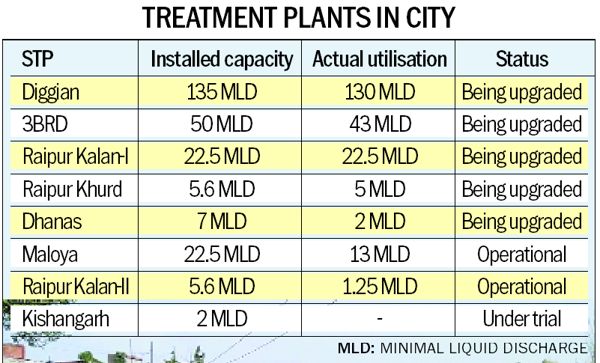 “As many as 93 residents have rectified their internal sewage network and water connections of 17 have been disconnected,” stated the UT.

The other residents were rectifying their internal sewage network and as such, 90 per cent volume of flow of wastewater into the choe had been reduced, NGT was told.

On plugging of wastewater discharge into Faidan Choe, the NGT had been informed notices had been served on 198 residents of Faidan village to stop the flow of sewage into the choe from their premises and notices to others were being issued.

As a precautionary measure, the duration of water supply hours to the area had also been curtailed to eight hours a day, stated the administration.

The authorities further submitted the land along the Faidan Choe was private and the area intermingled with that of Jagatpura village in Punjab. A survey had already been conducted jointly by Punjab and Chandigarh officials, but the report of demarcation of Faidan village was awaited. After receiving the report, further action to pump the sewage of the area to the STP would be taken, stated the UT.

The UT said estimated sewage generation in the city was 220 minimal liquid discharge (MLD) and it was projected to increase its treatment capacity to 248.2 MLD in the next five years.

On bulk users for reuse of treated water, the UT stated that nearly 36-45 MLD of the treated water is being used by the Municipal Corporation for parks and green belts and Golf Range. But after the upgradation of the STPs, more tertiary treated water would be available and would be supplied to the railways, bus depots, auto workshops etc.

It was further submitted that out of 8 STPs being operated by the MC, five are being upgraded and the work would be completed by early next year, while one at Kishangarh is under trial.