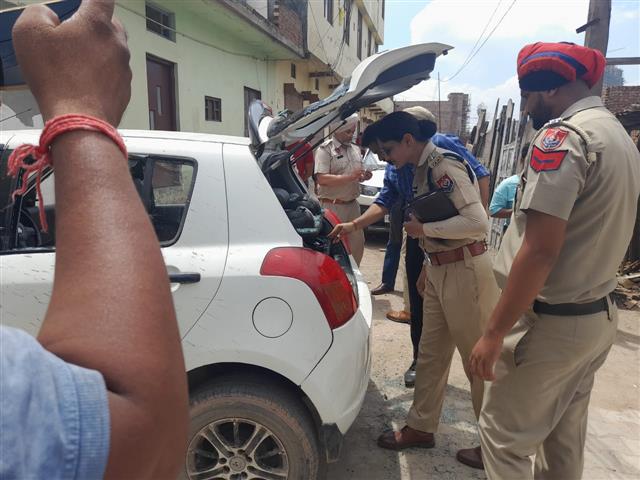 Police at Badhmajra in Mohali on Wednesday. Tribune photo: Vicky

A Badhmajra youth was beaten to death by rods in a bloody clash between two groups at Guru Nanak Colony on Monday night around 10pm.

The deceased has been identified as Bunty. The kin of the deceased alleged that they had complained to Balongi police station officials about the threat to his life.

A Punjab registration number car with rods, bricks and sword was found vandalised near the spot. The mother of the victim alleged it to be a handiwork of Kaalu shooter.

Bunty received a phone call from a friend saying he was being beaten by a group after which he left the place to save him. Eyewitnesses said a group of youth was waiting for him and fatally assaulted him with rods, swords and vandalised his vehicle before fleeing the spot.

The mother of the deceased also expressed dire threat to her two other sons and husband. The family alleged that the attack took place around 10 pm, but police reached here late in the morning.

DSP Kharar Rupinderdeep Sohi said, "There was a clash between two groups in which one person died due to injuries last night. Police has scanned the CCTV footage of the area. The investigation has begun."