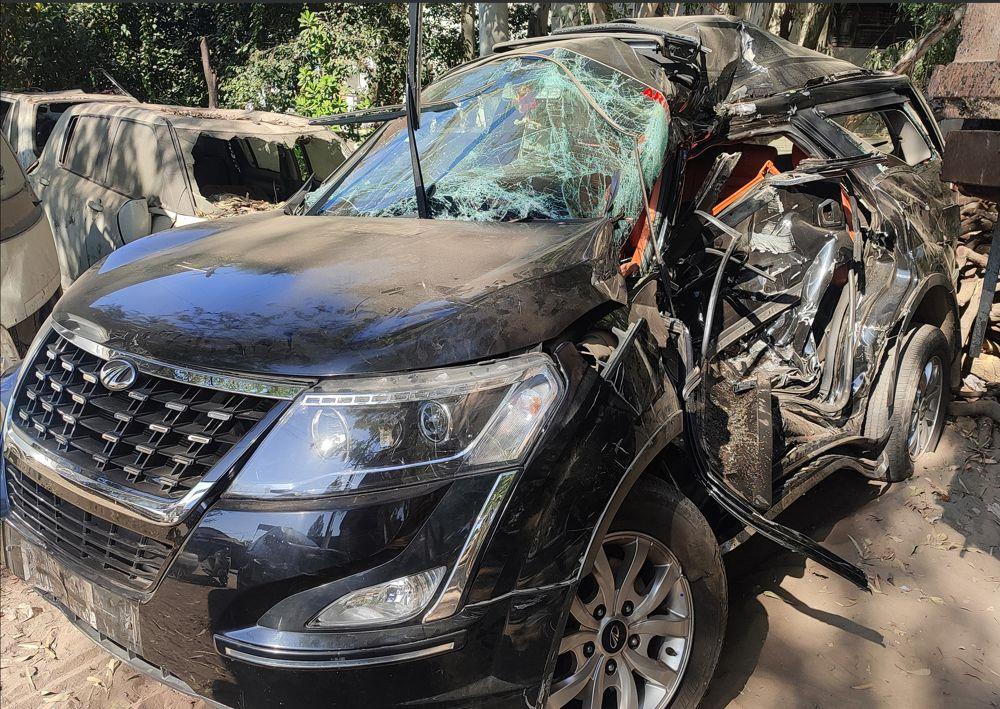 The mangled remains of the SUV after the accident at Dera Bassi on Saturday. TRIBUNE PHOTO: NITIN MITTAL

A man was killed and another injured in a collision between an SUV and a truck on the Chandigarh-Ambala national highway near here last night.

Ankush (25), a Delhi-based engineer, died while his brother Major Ankit Tomar (35), from Ambala, was injured. Ankush was unmarried.

Eyewitnesses said the SUV was coming from the Ambala side while the truck was going to the opposite direction. When the SUV took a turn at Dera Bassi, the truck coming from the Chandigarh side rammed into it. Both occupants of the SUV got trapped in the vehicle. Local residents had struggled for 30 minutes to get them out. They were taken to the local Civil Hospital where Ankush died.

The truck driver fled the spot, leaving the vehicle behind. After the accidents, there was a heavy traffic jam. The traffic police requisitioned a crane to remove the damaged vehicles. A case has been registered.