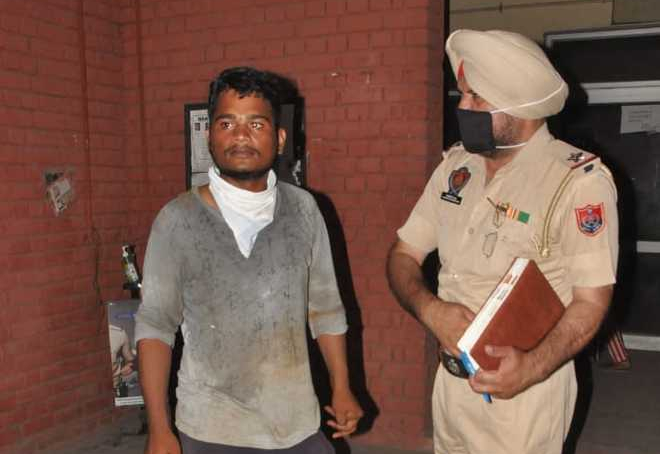 The victim, Harpreet Singh, at the Zirakpur police station.

A youth sustained injuries as multiple gunshots were fired in Lohgarh here this evening.

According to eyewitnesses, five shots were fired around 8:30 pm. The police did not confirm the number of gunshots fired.

The victim has been identified as Harpreet Singh, a resident of Lohgarh. He received injuries on his left leg and has been admitted to the Civil Hospital at Dera Bassi.

The police have detained three girls and one youth from the spot and are investigating the matter.

Harpreet reportedly told the police that he was going on his bike when three girls and a boy were coming out of a park. One of the girls just escaped being hit by the bike and abused him. When he enquired about the reason, she started arguing with him and soon called up her acquaintances to the spot. Her acquaintances came in a car and one of them fired two shots from inside the vehicle before coming out of it and firing thrice. Harpreet was hit in the left leg.

DSP Gurbakhshish Singh said, “The attackers sped away in the car while the three girls and the youth have been detained.”