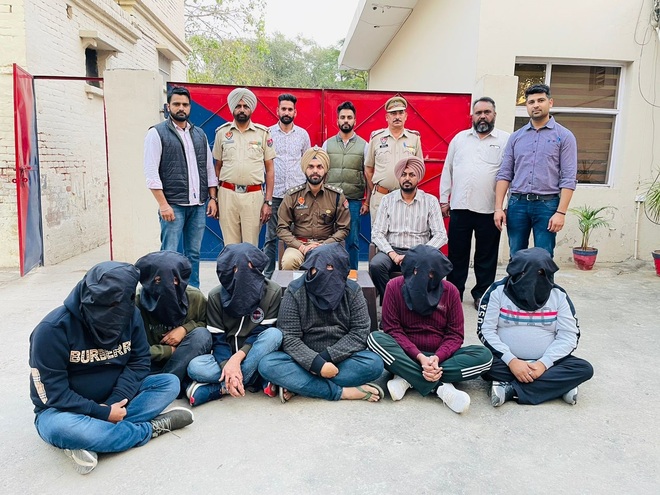 The suspects in police custody in Zirakpur.

The police have arrested six persons involved in betting during the recently concluded T20 World Cup from a flat in a housing society of Zirakpur and recovered one laptop, 22 mobile phones from them.

The suspects have been identified as Dharamvir (40), Manoj Kumar (33), Raj Kumar (46), Rajiv (25), Vishal Kumar (38), all residents of Sirsa, and Sunil Kumar (38) of Mansa. They were been booked under sections 420 of the IPC and the Gambling Act at the Zirakpur police station on November 14.

The police got information that the suspects were “cheating gullible people and earning a huge amount of money by betting during the T20 World Cup final between Australia and New Zealand on Sunday”.

During interrogation, it was revealed that the suspects had been involved in betting for a long time and used to operate in Punjab, Haryana and other states.

Suspect Dharamvir Singh was running a betting racket from his flat. With the money earned from it, he was running a finance business. He had also purchased a flat at a housing society in Zirakpur. The suspects have been remanded in police custody.