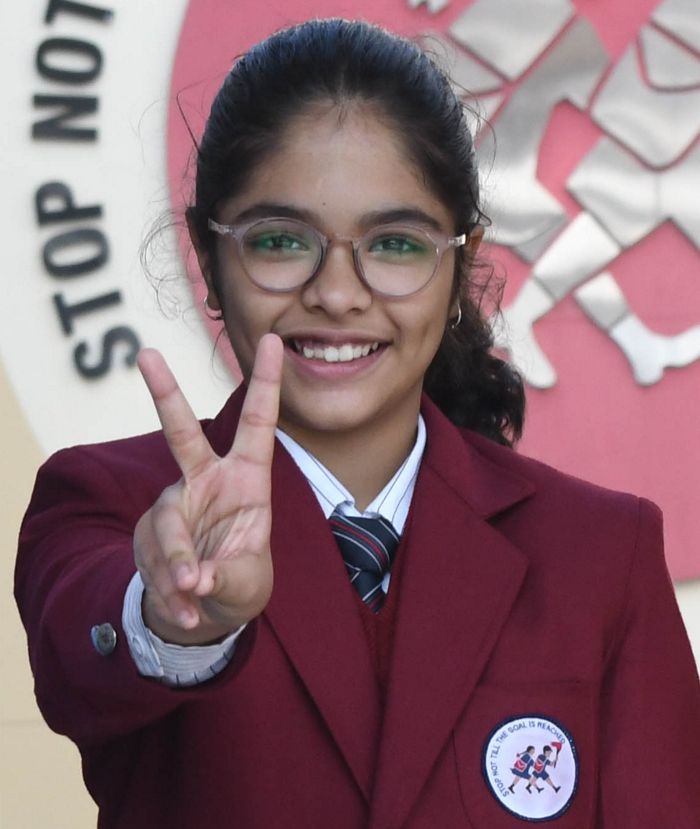 Manya Chamoli is studying in Class VI at a Zirakpur school.

Manya Chamoli, a Class VI student of a private school in Zirakpur, has won a prize money of Rs 25 lakh after making it to the ‘hot seat’ of television quiz show “Kaun Banega Crorepati-Junior”. At present, the award carries 25 lakh points, which will be converted into money and given to her when she turns 18.

Eleven-year-old Manya, who has already won a gold medal in the GK Olympiad and first prize in the inter-school declamation competition, wants to join the Army and serve the country.

Her confidence was visible on the show during her interaction with actor Amitabh Bachchan. Manya, who stays in Zirakpur, said they both shared their love for dogs. She attempted all questions intelligently and logically.

In 2017, her mother Archana Chamoli also qualified for the KBC, but couldn’t reach the ‘hot seat’.

In November, a KBC team had visited Manav Mangal Smart World School, Zirakpur, and her home for a pre-shoot for the episode.