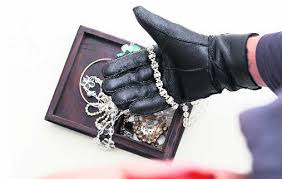 The police registered a case of theft against two unidentified women for allegedly stealing jewellery worth lakhs from a house in the Mona Greens housing society in Zirakpur today.

Victim Swati said two unidentified women knocked at her door around 9 am, identified themselves as a mother-daughter duo, aged 45 and 22, and sought work as housemaids on February 25.

She agreed to hire them and explained the work to them. After sometime, the victim left the house and went to her shop, leaving behind her elderly mother and the housemaids. An hour later, her mother called up to inform that one of the maids had left and the other too wanted to go. When the house owner reached home, both of them had gone, leaving behind ransacked almirahs with money and jewellery stolen.