A murder most foul

Fanaticism is a disease that affects the less devout 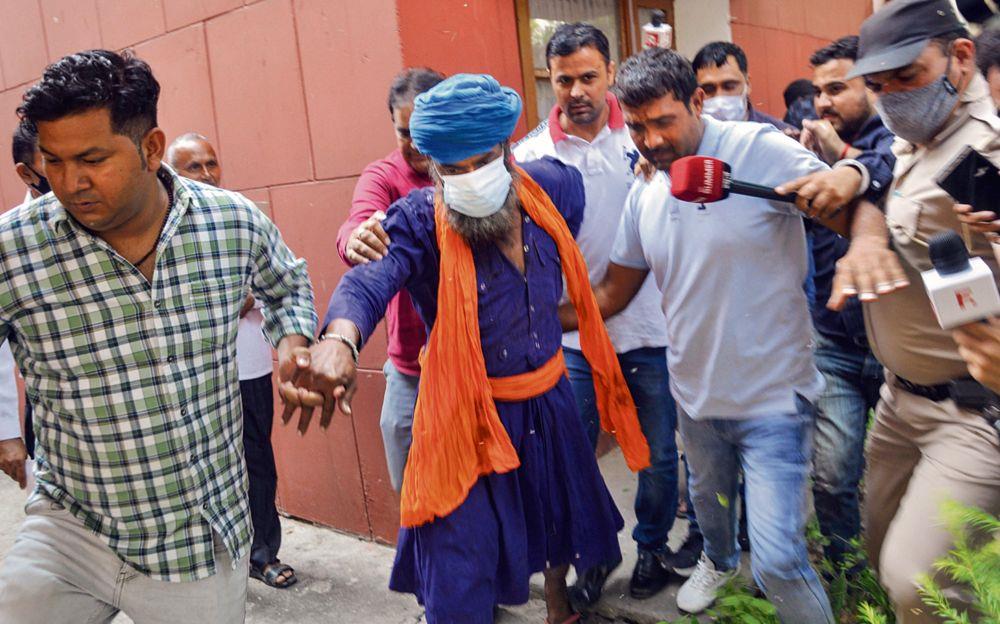 Much is happening in Punjab these days. I need to comment on these events, lest I fail in my commitment to The Tribune.

The first of the two latest happenings is the grisly killing of a young man from Cheema Kalan village in Tarn Taran district at the Singhu border protest site. A group of Nihangs has owned up to the murder, offering the excuse of the alleged blasphemy to justify the gruesome act. The tendency to react violently when someone is foolish enough to allude to another person’s religion in pejorative or even mildly pejorative language is becoming alarmingly frequent.

A true believer who has imbibed the core values of love, charity, mercy and forgiveness, common to all religions, will never think of resorting to violence for perceived wrongs.

The first instance of extreme violence that came to my notice was in Kerala some 10 or more years ago when a Christian lecturer in a Christian college asked a question in an examination paper that referred to some aspect of Islam. His hand was chopped off by some local Muslim hotheads because they had taken offence. Earlier, a Maratha organisation in Pune burned old and rare manuscripts in the prestigious Bhandarkar Institute in the city for publishing a research paper by a foreign scholar that they felt was vaguely defamatory of their icon, Shivaji Maharaj.

This tendency to take offence at real or imaginary insults to religious beliefs has been sharpened in neighbouring Pakistan where blasphemy is made punishable with death. A mere complaint of a quarrelsome neighbour is enough to nail the accused ‘blasphemer’! Many cases of injustice have been reported consequently and a governor of the Pakistani province of Punjab was shot by his own guards for criticising the blasphemy law!

A true believer who has imbibed the core values of love, charity, mercy and forgiveness, common to all religions, will never think of resorting to violence for perceived wrongs. Fanaticism is a disease that affects the less devout!

The second happening that has drawn public attention, rather unnecessarily I think, is the permission granted to the BSF to chase and arrest border crossers and smugglers of arms or contraband up to 50 km from the borders. The limit used to be 15 km in my time and there was not a single occasion when a dispute arose between the Punjab Police and the BSF about misuse of powers.

I suspect the revision was undertaken because of the dropping of arms or contraband by drones, now widely used for different purposes. I cannot envisage what the BSF is going to do about the drones. Is it going to place its men deep inside Punjab territory to monitor the sightings, and if so, where exactly will it place its watchers? I do not think that BSF men will be deployed in crowded cities or places because arms or contraband drops are hardly likely to be made there. The decision was a knee-jerk reaction by the BSF top brass under pressure to perform. Because if the problem is the use of drones by the enemy, I would imagine that the Intelligence Bureau or the NIA would be more adept in dealing with the menace, specially as they operate incognito in plain clothes as compared to a uniformed force like the BSF.

The BSF has recently been favoured with a top-notch, IPS officer of the Rajasthan cadre as its Director. He can be trusted to do what is right.

The unfortunate propaganda that the BSF is going ‘to take over law and order in half of the state’ is false and unwarranted. I was amazed to hear the Congress spokesperson also parroting this theory to disparage the Centre and arouse the local sentiments against an ‘assault on federalism’!

The BSF is not empowered, nor is it trained, to deal with homegrown mobs or investigate crime. And it is not being asked to do so.

While the farmers of Punjab continue their agitation apace, two Congress bigwigs of Punjab are at each other’s throats! I have never met Navjot Singh Sidhu, only seen him on TV when he played Test cricket for India. When I headed the Punjab Police, the cricketer had lost his temper with a car owner over a parking dispute in Patiala. The other disputant, also a Sikh, was old and, unknown to Sidhu, ailing. The blow Sidhu landed on the elderly man led to his death. The SSP of Patiala referred the matter to me over the phone since Sidhu was a national figure. I advised him to register an offence of culpable homicide not amounting to murder since there was no intention to kill. I do not know how that episode ended in the courts of law.

Sidhu’s adversary, Capt Amarinder Singh, of the royal house of Patiala, I know personally. I am privileged to have him as a friend. On the last occasion I visited Chandigarh, I called on him at his home. My first encounter with Amarinder Singh was not very cordial. I had been the DGP for a couple of months when he publicly alleged that the Punjab Police was mowing down young Sikh boys in the border districts. The newspaper report mentioned the existence of numerous bodies in a morgue in Amritsar, Tarn Taran or Gurdaspur, I forget which.

I took off for that morgue because I was alarmed. No report of police firings had been received. I did find a few bodies lying unclaimed and was informed that they were border crossers brought down by the BSF. They were neither Sikhs nor Punjabis. I issued a rejoinder to the Captain’s tirade. He did not like my interjection. But, subsequently, we became friends and he used to frequent my residence to discuss peaceful methods of ending the terrorist menace. I feel sorry for what is happening to him at present.

I learnt recently that he proposed to form a new party that would tie up with the BJP to fight the Assembly elections. The Punjab BJP chief in my days was Hit Abhilashi, a man of sterling character and integrity. He was gunned down by terrorists along with his Sikh driver. That was the one political killing that really shook me. Abhilashi was a man of rare virtue.