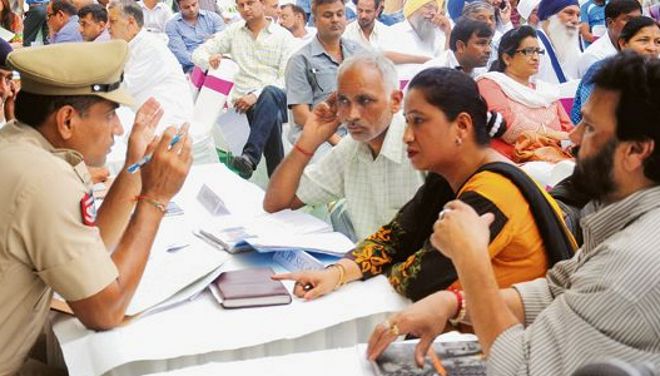 Chain reaction: Subordinates, too, will appreciate an innovative idea, and since they hail from local communities, they will spread the good word fast. Tribune photo 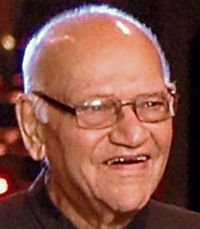 How many officers serving in the IAS and IPS are committed to serving the people? People say they are just a few! Actually, there are many more than a few, more so in the premier service than in the police. But they are there. We should be glad they are there.

How many of my ex-colleagues render justice to the people they are supposed to serve? If they have a positive approach to public service, people will notice.

I am happy to have Anil Swarup as my friend. An IAS officer of the UP cadre, he has been consistently serving people in whatever capacity he was fielded by different governments. In the education sector, where he served as Secretary, School Education, before he retired, he made an indelible mark.

He did not condemn all civil society organisations as enemies of the State, as my ex-IPS colleague, NSA Ajit Doval, seems to have done. Anil took those with good practices and ideas as partners in government ventures. Both benefited, proving that an inclusive approach aces the confrontational.

Even after he hung up his boots, he continued to pursue his interest in service to the people. He does this through a movement he has begun, called ‘Nexus of Good’, which has caught on in his native state of UP and also spread to some neighbouring states like Haryana, Uttarakhand and Rajasthan.

‘Nexus of Good’ invites out-of-the-box ideas put into practice in other states, or by some NGOs, and which have proved successful. ‘Nexus’ then spreads the good word to those officers prepared to listen and innovate so that the end users would benefit.

Anil got this brainwave when he was Secretary, School Education. He travelled throughout the land and had a first-hand view of projects on the ground. He adopted many of them and propagated the projects to governments for possible use in their states.

During his Mumbai trip, he dropped into a municipal school run by Muktangan, an NGO on whose board I had served. Muktangan was started by my friend, Sunil Mehta, a philanthropic Gujarati mill owner. His family owned Paragon Mills off Worli. Whereas almost all mill owners had shut shop following Datta Samant’s strike of the 1980s and sold the land which fetched them enough compensation to last a lifetime, Sunil set up Muktangan which capitalises on his wife Elizabeth’s passion for teaching.

She is an English woman who had been a teacher before she met and married my friend who was in England to study. She had worked for the Aga Khan Trust as an educationist. Her expertise was available. Sunil decided to kill several birds with one stone — indulge his passion for philanthropy, utilising his wife’s expertise, his own managerial skills, and a readily available catchment area of beneficiaries.

So, Muktangan was born. A much-criticised municipal school that was located near the mill’s office was chosen, and the initiative was blessed by the municipal authorities. The experiment achieved such success that a municipal school figured on the list of achievers in the city for the first time in Mumbai’s school history! It drew the attention of the BMC Commissioner and the state’s Education Secretary. Both visited the school and studied the system.

The main focus of the Mehta couple was to orient the teaching staff to the new approach, where children were made to think rather than learn by rote. The teachers are drawn from the same locality that provided the student population. Some studied further and completed their BEd. More local communities demanded that Muktangan take over their municipal schools. At present, the NGO has seven schools and has declined to take on any more, but agreed to train teachers to impart lessons based on its pedagogy and philosophy.

There are many civil society individuals who have tried and succeeded in fields other than education. Their work needs to be recognised and emulated. An officer like Anil Swarup, whose motive is the same as that of these civil society do-gooders, would notice and want to learn from them. Every stakeholder benefits. Much of the credit the PM got for attending to the difficulties of the stricken during the Covid lockdown is because of the selfless work of civil society individuals who went out of the way to provide cooked food or dry rations to those in need, especially the stranded migrants. In Mumbai, I know of several citizens who got involved. My own daughter was one.

There are many officers like Anil in every state. They do not think of reward or recognition, but the people do not, and will not, forget them. In the IAS, there is more scope for doing good than in the IPS, which is confined, as it should be, to ensuring a safe security environment.

But how many of my ex-colleagues render justice to the people they are supposed to serve? If they have the same approach to public service as Anil, the people will surely notice. You cannot hoodwink the people. They may not utter a word, but they do notice. Even more than the public, their own subordinates in the police will notice. And since they hail from local communities, they spread the good word very fast.

I have written about Anil because I was reading his book, No More a Civil Servant. He writes that if he is asked what profession he would choose if he was to choose again, he would say IAS without hesitating. Any officer who gets satisfaction from a job well done would echo Anil’s sentiment.