Tendulkar got the Bharat Ratna at 40. He still had a full lifetime to live outside the sporting arena and make errors of judgment that could devalue the honour. 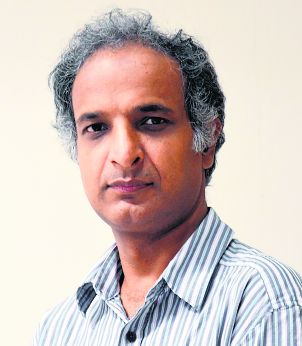 Sachin Tendulkar advises us commoners to invest our hard-earned savings in mutual funds. He also parks some of his own savings in tax havens abroad, as the Pandora Papers — the recent exposé of the hidden wealth, tax avoidance or, in some cases, money-laundering by the super-rich of the world — claim.

There may not be a contradiction in Tendulkar’s advice to us and his actions regarding his own money — he perhaps invests in mutual funds, too. But why does he not publicly advise the commoners to stash away some of their funds in tax havens outside the country? Well, for one thing, most of the public who pay heed to his words don’t have that sort of money — most of his fans are likely to be struggling in these inflationary times, possibly borrowing money towards the end of the month; for another, it’s not supposed to be a morally exemplary action to not invest your money in your motherland but in tax havens outside the country. What sort of Bharat Ratna would do that? Well, we know the answer now.

Ten years ago, during the 2011 World Cup — which India went on to win — this writer wrote an article that examined the question: should sportspersons, and specifically Sachin Tendulkar, be given the Bharat Ratna? At that time, the guidelines stated that the country’s highest award was to be given “for exceptional service towards advancement of Art, Literature and Science, and in recognition of Public Service of the highest order”. Tendulkar was ineligible, for he had no record of public service of any order, leave alone the highest, and there was no mention of sport in the criteria. In December 2011, the criteria were changed, and any “performance of highest order in any field of human endeavour” was made eligible for this honour.

The original idea of giving the award for ‘exceptional public service of the highest order’ made complete sense; in the nearly eight years since he was awarded the Bharat Ratna, Tendulkar is yet to do or say anything significant. His term as a Rajya Sabha member was marked by absence and inactivity.

There is a reason the Bharat Ratna had been given to people in old age, or posthumously, when their life’s work was nearly or completely finished, and their virtues and vices weighed — and it was then that they were judged to be worthy of this award. Leaving politicians aside, let’s examine some cases: The great engineer M Visvesvaraya, for instance, got it at age 95, seven years before his death. Vinoba Bhave got it months after he had died at age 88. Sardar Vallabhbhai Patel was nominated for the award four decades after his death, and Dr Bhimrao Ambedkar some 35 after his. Clearly, governments have waited long before evaluating our achievers’ true place in history — political motivations apart!

Why, then, this unseemly hurry in the case of Tendulkar? Evidently, the Manmohan Singh-led government had the 2014 elections in mind when it changed the awards criteria and gave Tendulkar the Bharat Ratna.

Since he got the Bharat Ratna, Tendulkar has, for a significant fee, endorsed a fantasy gaming company, a multinational bank, a German car and, more apt for a Bharat Ratna, UNICEF. Yet, around the time the Pandora Papers were being published, Tendulkar posted this on Twitter: “Gandhiji always lived and lead (sic) with love, conviction and strength of character. His simple yet universal ideas remain relevant even today.” Relevant for the have-nots, which Tendulkar, due to his talent and hard work, is not. The haves park their savings in tax havens abroad.