As Partition’s bitter wind swirled through, murders and rioting within Shimla led to the fear that the carnage could spill over to the school. Children from prep school were shifted to main school. To safeguard Muslim students, boys armed as members of Simla Rifles began patrolling dormitories. In Oct 1947, in the presence of the school and staff, the boys departing for Pakistan walked out in deep and sombre silence 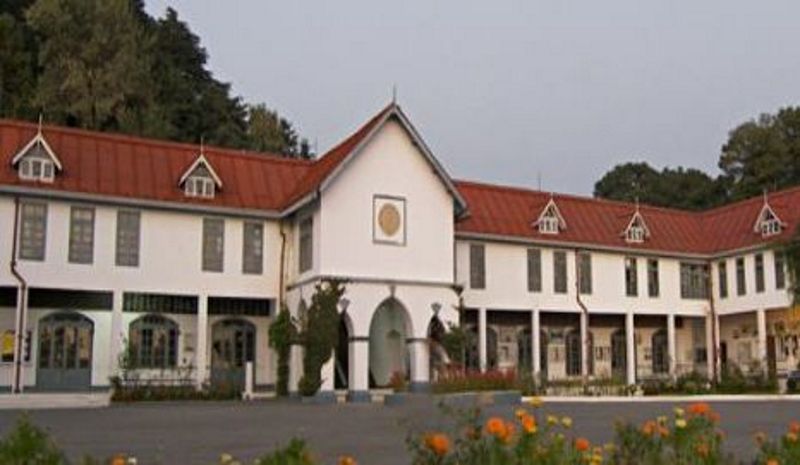 In the 1940s, Shimla's Bishop Cotton School had a fair mix of boys of British, Eurasian and Indian descent. - File photo 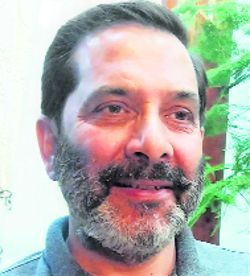 IN the 1940s, Shimla’s Bishop Cotton School had a fair mix of boys of British, Eurasian and Indian descent. At the time of Partition, there were 42 Muslim boys. This school, like similar ones, was an insulated grove where very little of the outer world impinged on the daily life of the students. On June 3, 1947, an incision was made in this cocoon when the older boys were invited to the Senior Master’s house to listen to a broadcast made by the Viceroy, Lord Mountbatten, and Mohammed Ali Jinnah and Pandit Nehru. This unveiled the ‘Mountbatten Plan’ and the intention to partition India.

As Partition’s bitter wind swirled through the monsoon mists, murders and rioting within normally-peaceful Shimla led to the justified fear that some of this carnage could spill over to the school. An indication of this came when The Grotto — where a police office now stands —was vandalised and a chowkidar found a body raised up on the foot of a tree. One Sunday, three men waving kirpans rushed into the school chapel, but were driven off.

Children from the prep school that lay some distance away, and was on the site of the present-day Central School for Tibetans in Chotta Shimla, were shifted to the main school for safety. One of these boys who made the move was Syed Zummurd Hasan Gardezi and recalled that he, his brother and some others were told that by nightfall they should be dressed in their pyjamas and go quietly with the staff members to the senior school on the adjoining spur. In pitch darkness and with softly whispered instructions, they walked silently along the forested path till they reached the main school. Their belongings had already been moved to the dormitories.

To safeguard the Muslim boys in school, under the charge of members of the staff, boys who were armed as members of the Simla Rifles began patrolling the dormitories.

The Muslim boys who were to go to Pakistan could not leave due to the dangers of the journey. On October 13, 1947, the Governor-General, Lord Mountbatten, came to the school to give away prizes; he was to have been the Chief Guest at Speech Day held on September 6, but the turmoil in Punjab made him return to New Delhi. Mountbatten had lunch seated at the High Table and the School Captain, Hassan Agha, asked for his help in sending them across a border that had now come into being. (While this is the story that has come down the decades, a variation is that various parents had approached the Acting Governor of the North West Frontier Province, who arranged to bring the boys from Shimla).

A few days later, information came that all the Muslim boys were to leave the following morning. In box-rooms and godowns, packing and repacking began as trunks were filled and closed; the school dhobi began passing bundle after bundle of clothes and the staff worked through the night making food packets. In that flurry of activity, few would have realised the finality of those moments.

In the presence of the school and staff, the Headmaster, Rev Drake, addressed the departing boys in the main hall which was named in honour of the Viceroy, Lord Irwin. When he had finished speaking, the middle doors of the hall, through which, by tradition, only Viceroys entered and School Captains left, were thrown open by two Prefects and Hassan Agha and the departing boys walked out, not amidst the customary cheers, but in deep and sombre silence.

The following day, a detail of Army trucks and a heavy escort of Gurkha soldiers arrived at ‘Green Garages’, the name passed on by a row of garages painted bottle-green. The large trucks could not negotiate the narrow road and tight bends up to the school gates. Escorted by the staff and boys, many of whom were armed, the departing boys and some staff that were leaving with them walked the distance of about a kilometre. The convoy then drove down to Ambala, which had the airfield closest to Shimla. The boys spent the night in the barracks of the cantonment. The following day, a Dakota plane carried them to Lahore and then, flew on to Karachi.

Humayun Khan was one of the young boys who had joined Bishop Cotton as a nine-year-old in 1941. Khan and six others were to go to Peshawar. While waiting for arrangements to be made for their onward journey by train, they stayed with the Commissioner for Refugees, Mr Leghari, at his residence in Lahore. Two girls from the Leghari family, who were also studying in Shimla, at the Auckland House School, had come by road and described the horrors they had seen. By the time Humayun Khan reached Peshawar, much of the rioting had subsided. In 1955, Humayun Khan joined Pakistan’s Central Superior Services (CSS). A decade-and-a-half later, when the Service was reorganised, he moved to the Foreign Services Office and in 1984, was posted to India as Pakistan’s High Commissioner.

Meanwhile, trapped in a tide that subsumed morality and with which that history still tries to grapple, once the boys and the convoy had moved away from Shimla in 1947, the double-doors through which Hassan Agha, Humayun Khan and the others had departed from Irwin Hall, were nailed shut on the premise that no one should go through them the way the 42 had to. As the years went on, the purpose of sealing them was lost. At some point, in the closing years of the last millennium, these sealed doors in the centre were dismantled to create space for a film projector which rolled out swashbucklers every Saturday. Clamped between pots of hydrangea and agapanthus, an unseemly projection swallowed the door and a portion of the landing outside.

In 2009, the Bishop Cotton School celebrated its sesquicentennial year, and six of the 42 boys who had left for Pakistan returned to their old school in Shimla. Apart from Humayun Khan who had visited the school in 1986 during his India tenure, the other five — General Imranullah, Ali Afridi, Hashim Khan, Tariq Khan and Iftikar Malik — were returning after 62 years.

Before the celebrations were to begin in school, the extension that housed the projector was removed from the Hall. Three new doors, reminiscent of the three old ones — including the locked one — were put into position. The now-aging old-boys from Pakistan walked up the stairs to Irwin Hall. A pair of scissors was handed to Humayun Khan. He cut a red ribbon and the doors which had been sealed six decades before were reopened.

— The writer is an acclaimed author and historian