Two ongoing activities demand an immediate halt in development work if mankind’s suicidal urge to harm itself is to be stymied. First, development of lethal autonomous weapons system (LAWS) and second, a US project to genetically modify standing crops through the medium of genetically modified viruses transported by insects. 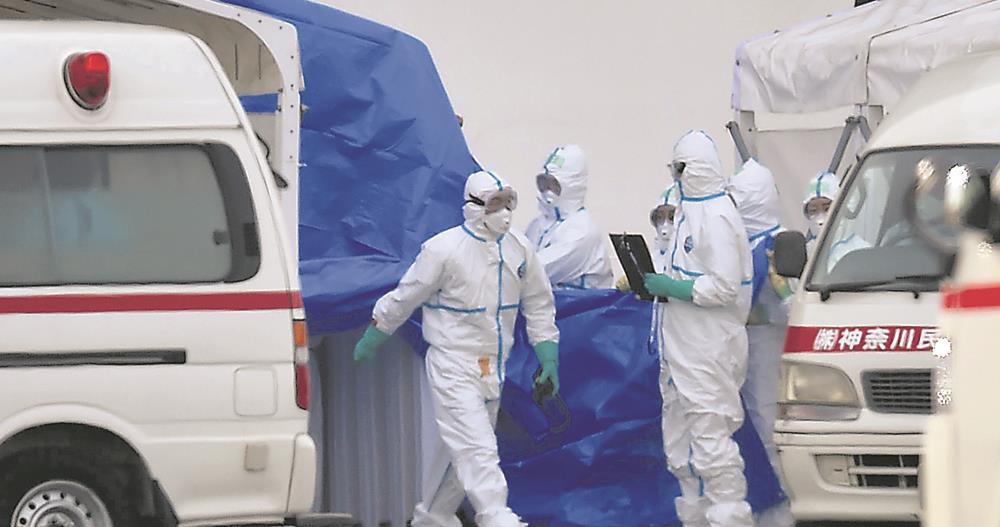 The coronavirus scare in China has thrown up some conspiracy theories about how the virus could have escaped from the bio-lab at Wuhan and not have originated from an exotic seafood market, as given out by the Chinese. Not long back — September 2019 to be exact — an explosion occurred in a Russian bio-lab in Siberia, one of the only two agencies in the world that store live smallpox virus. The other lab, the Centre for Disease Control and Prevention at Atlanta, in the US, too had its own scare in 2016 when scientists, who were in a decontamination chamber having a chemical shower after handling dangerous pathogens, saw light filtering in from the door that is supposed to be perfectly sealed. Be that as it may, the world did not experience any leaks from these two incidents, though the last has still not been heard on the Wuhan coronavirus story.

These incidents highlight the dangers inherent in human experimentation with nature or attempt to replicate it. Two such ongoing activities demand an immediate halt in development work if mankind’s suicidal urge to harm itself is to be stymied. First, developments of lethal autonomous weapons systems (LAWS) and second, a US project to genetically modify standing crops through the medium of genetically modified viruses transported by insects.

The toy robotic soldier has always caught the eye of the young people as they grew up — for the older generation, from the legendary Spiderman to the Terminator and for the later Gen X/Y, from the Terminator to the Iron Man. These cartoon characters graduated from defeating the bad guy with just pure physical prowess to wielding exotic weapons that were thought of as science fiction. The ongoing breathless research in artificial intelligence (AI), machine intelligence (MI) and robotics, however, has brought us to the brink of these cartoon characters and weapons becoming a reality in the very near future. LAWS have matured to a stage where they would independently take decisions to identify an enemy and take a decision to kill.

The UN Secretary-General, Antonio Guterres, has labelled LAWS as, “politically unacceptable and morally repulsive” and the threat is so real that it forced the United Nations to constitute a Government Group of Experts (GGE) in 2016 to chart a route forward to address it. The moves of many nations since then, to have a legally binding ban treaty, have been vehemently opposed by the US and Russia, since they are very close to fielding LAWS that have matured to an operational level; China is agreeable for a ban on their use, but not in its R&D, clearly indicating that once its LAWS are ready, Beijing too would side with the other two!

With machine learning also having progressed to a stage where human emotion is very close to being infused into objects that do not have ethics and values that go into a ‘human’ decision to kill, the arena of conflict would soon enter a phase which can only be classified as inhuman.

Seeing the others progressing towards operationalising LAWS, Israel, South Korea and the UK too are reportedly racing to develop such deadly robotic weapons.

Sadly, besides LAWS, another arena of conflict that can be classified as inhuman, and had been sacrosanct till hitherto, has been opened up. In 2016, the Defence Advanced Research Projects Agency (DARPA) of the US launched a four-year $27-million programme named Insect Allies, stating that, ‘National security can be quickly jeopardised by naturally occurring threats to the crop system, including pathogens, drought, flooding and frost, but especially by threats introduced by states and non-state actors.’ Insect Allies aims to incubate genetically modified viruses to be transported by insect vectors to standing crops. The viruses would modify the genes of the crops in situ in the fields to ostensibly protect them.

It’s a no-brainer, however, that a combination of a devious mind and an insidious intent can very easily modify the viruses to become agents of destruction of an adversary’s food crops. What gives the ‘game’ away is that target crops demanded in the project are staple food of most nations (rice, maize et al) and experiments on tobacco plants, and the like, have been forbidden! Can the aim be clearer than this? For sure, DARPA has clarified that its objective is kosher, but the odious nature of the project was called out last year by scientists of Max Planck Institute at the Biological Weapons Conference in Geneva (that I attended as part of their team) since it will have a destabilising effect in the field of food security. It would lead to other nations developing similar ‘agricultural weapons’, some of which could well be inimical to India.

As a responsible member of the United Nations and one that is known for its stand on opposing conflicts, India has its work cut out. New Delhi must adopt a twin track approach on the issue of LAWS and programmes like Insect Allies. First, it must push in international fora for a legally enforceable treaty that bans further R&D that dehumanises conflict and prevents proliferation of the technologies developed so far — imagine the havoc that can be created if non-state actors get access to these!

Second, learning from the experience of the nuclear realm, where such noble intentions have had limited success, India must take stock of its preparedness to meet the twin threats that could well be operationalised across its borders. In matters of national security, confidence in the status quo cannot be based on stated good intentions of nations.