Stigmatisation undermines the autonomy and personal independence of the offenders. They are rendered vulnerable to abuse and harassment. Such adverse effects include the proliferation of legal and societal barriers that make it more difficult to find gainful employment, secure a consistent source of housing, and generally function as a contributing member in society. 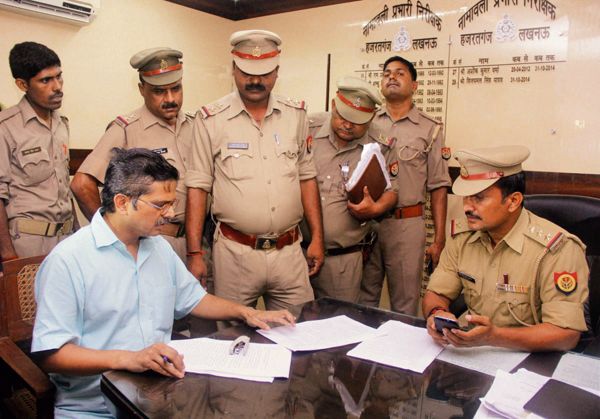 Irony: Stigmatisation flies in the face of the principle of presumption of innocence. PTI 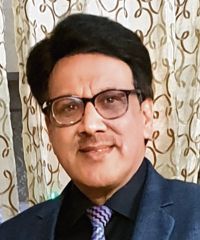 THE association of stigma is at once an intended and unintended outcome of the operation of our criminal justice processes. It is intended because the criminal law performs a retributive function in exclaiming a person as ‘offender’. In doing so, the law proclaims the individual as deviant, unfit to function in a civil society. It is also unintended because in reality, the stigma attaches itself to the accused much before his conviction. In either case, those accused or convicted of any offence, in a way, face ostracisation, the impact of which has enormous implications for them and their families.

An arrest by the police in India is a grand spectacle. Take, for example, the arrest of Amitabh Thakur, a retired IPS officer, by the UP police. With the neighbourhood alerted by a sudden appearance of men in uniform, the arrest was effected by a team of a dozen police officers. Thakur was pushed and shoved into a police jeep. Without any prejudice to his case, it can be said that as the video clips made the rounds on social media, Thakur was robbed of his dignity. If such treatment was meted out to a high-ranking officer, one can only imagine the plight of lesser mortals.

Right to Dignity is now established as a key facet of the Right to Equality and the Right to Life and Personal Liberty. Yet, the operation of criminal processes continues to have a chilling effect on the dignity of individuals. It’s quite common to see people being summoned casually to the police stations and made to sit for hours and even detained informally. This itself is an affront to dignity. Wrongful convictions, prosecutions and incarcerations stigmatise many innocent persons. Such stigmatisation flies in the face of the principle of presumption of innocence.

Though it is argued that the threat of stigmatisation is a deterrent against crime, such argument finds little empirical evidence. To the contrary, such stigmatisation has adverse consequences. As those stigmatised increasingly come to view themselves from the lenses of those who stigmatise, they start believing these notions. In fact, the labelling theory in criminology states that being formally labelled as an offender or anything even remotely associated to such a label causes one to internalise stigmatising attitudes, withdraw from conventional society, and conform to a deviant identity. The formal ‘offender’ labelling becomes immaterial at this point.

Recent policy approaches have focused on increasing the number and stringency of identity-related requirements for access to welfare benefits. These can include high levels of documentation, disclosure of personal information, intrusive investigations and even subjection to surveillance measures. An accused is subjugated to further scrutiny, pushing him to a lower level of self-esteem; his dignity, which our constitutional system seeks to protect as a core fundamental right, comes under attack.

Stigmatisation undermines the autonomy and personal independence of the offenders, real or suspected. They are rendered vulnerable to abuse and harassment. Such adverse effects include the proliferation of legal and societal barriers that make it more difficult to find gainful employment, secure a consistent source of housing, and generally function as a contributing member in society.

Another relevant instance here is that of a sex offender’s registry. While the same may enjoy public and political support, there is little evidence to demonstrate its efficacy in reducing sexual crimes. In the Indian context, the registry will do little for the immense number of cases of sexual violence that go unreported. The criminal justice system is already under-staffed and under-resourced. Diverting resources to the sex offender registry implies less allocation for other measures to increase public safety, including chances of reform.

The problem is magnified in case of an offender who has served time. Former prisoners face challenges at every level. Ann Jacobs, director of the Prisoner Re-entry Institute at the John Jay College of Criminal Justice, explains that “a person’s successful re-entry into society can be viewed through how adequately they are able to meet six basic life needs: livelihood, residence, family, health, criminal justice compliance, and social connections.” Attaining each need presents unique challenges, many of which may be interconnected.

Criminal records are much more readily and publicly available than ever before. This was not the case in previous decades where there were many strategies to avoid the negative consequences associated with past criminal justice contact. Despite much information that is available on the criminal records, there is hardly any knowledge about how accused/convicts/ex-offenders seek to overcome the negative consequences associated with a visible criminal record as they apply for jobs, housing and financial aid.

Most prisoners have limited education and work experience, which makes it difficult for them to secure employment after they are released. As per the Prison Statistics India 2020, nearly 35.4 per cent of convicts and 41.4 per cent of undertrials were illiterate. At the same time, nearly 41.4 per cent of convictions and 36.5 per cent of undertrials has less than secondary level education. This combined with limited professional network and a conspicuous résumé gap can make it very difficult for ex-prisoners to even get an interview with a prospective employer.

Moreover, many job applications require disclosure of previous criminal record which brings with itself an inevitable sense of bias on part of the employer. There are certain legal restrictions on ex-offenders on applying to certain places of employment. These problems negatively impact their basic rights including right to equality, right of equal opportunities and even right to work within the ambit of dignity.

There are many consequences of an application of criminal justice processes which are completely unrelated to the original crime. Therefore, it is high time that we start thinking about major policy changes in not only rehabilitating ex-offenders but also purporting to nationwide campaigns to prevent stigmatisation and discriminatory practices against an arrested person, a convict or even an ex-offender.