For a Shaheen Bagh in Srinagar : The Tribune India

For a Shaheen Bagh in Srinagar 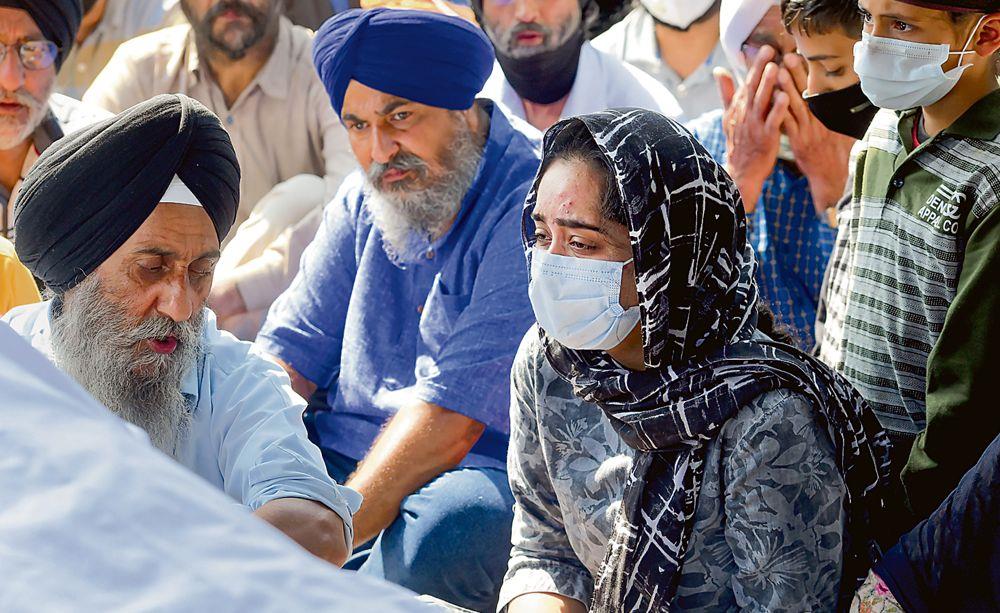 Apathy: It’s almost as if Sikh and Hindu lives of J&K do not matter or are not worth protests all across the country. PTI

Aryan Khan should get bail at the earliest; Diwali should also be called Jashn-e-Riwaz; but are these the most pressing issues of communal disharmony in our country right now? At least five people have been killed in Srinagar in the last few weeks because they were not Muslim — as simple as that. Two of them belonged to Jammu & Kashmir — unfortunately, one was Sikh and the other Hindu, good enough reason to be killed in a Muslim-majority province. The sad fact of modern Indian life is that minority communalism provokes, sustains and legitimises majoritarian communalism. Though Hindutva has its roots in colonial chicanery, its success is guaranteed only by Islamist militancy, separatism and regression, which in turn trigger competitive oppression of a scale unimaginable and immeasurable.

That majoritarianism is not the preserve of any particular religion needs to be understood to tackle this menace.

But what makes it worse is mainland India’s business-as-usual response to targeted killings of Hindus and Sikhs in Kashmir. It is almost as if Sikh and Hindu lives of J&K do not matter or are not worth protests all across the country. The anti-Citizenship Amendment Act protests from Delhi to Thiruvananthapuram and Mumbai to Kolkata were held over an apprehension of loss of citizenship of Muslims. The apprehension was legitimate in the context of the much-feared National Register of Citizens and the process of identifying recent illegal migrants in Assam. The Muslim community wanted a legally-bound assurance from the government, which was not forthcoming.

All that the community sought was an opportunity for peaceful coexistence, a life without fear of being lynched over food habits or the meat in the fridge. After about two dozen cow vigilantism murders of Muslims, the community rightly protested to ensure their freedoms, rights and privileges enshrined in the Constitution.

Well, should not these noble, idealistic, constitutional conditions of harmonious citizenship be applicable to the minorities of J&K, too? About a lakh people have been living in “refugee camps” for the last 30 years in their own state. It was derisively said in 1990 that these Kashmiri Hindus ran away because the then governor Jagmohan wanted them to be removed to deal with the militants. What a fallacy! Just as that old falsehood has been exposed for what it was, the recent killings have conclusively established the motive for the massacre of 35 Sikhs in Chittisinghpura in 2000. There were innumerable murders to force able-bodied people to abandon their valuable homes with everything inside. But unfortunately, there were no “Kashmiri Hindu murder trackers” then. But each murder and each eviction were quietly working on the psyche of the voters in the Hindi heartland, who were being coaxed to identify with the victim's religion.

Kashmir Valley was being turned into Dar al-Islam with the ethnic cleansing of non-Muslims. The secular parties did not want to see it then and do not see it now, with the result of the Hindutva forces reaping a rich harvest of hatred. There could be many local factors driving these targeted killings — terrible justifications for the most heinous deeds. The cruellest reason offered is that these killings are aimed at stopping Hindus from reclaiming their lost homes or trying to drive a stiff bargain against properties earlier sold off for a song over power-of-attorney documents. If this is true, it only means that the targeted killings of Hindus and Sikhs have societal sanction of the Muslims of the Valley.

It is also the responsibility of all those who have been marching for minority rights against the CAA to create a Shaheen Bagh in Srinagar to ensure equal rights for non-Muslims and non-locals in the Muslim-majority province. Caravans of love should travel to the Valley every time a local Sikh school principal or a Hindu teacher or a Bihari Hindu labourer is targeted. Otherwise, these attempts to fight majoritarianism lose their meaning and get reduced to mere Muslim religious projects. When a Hindu or Sikh gets killed in the Valley, when Dar al-Islam gets established there, then by default it strengthens the demand for a Hindu Rashtra elsewhere. And the chronology of the eviction of Hindus shows that the rise of the Hindu Right began primarily after the appalling attacks against the minorities in the Valley. That majoritarianism is not the preserve of any particular religion needs to be understood to tackle this menace effectively.

Kerala has a fast-growing, sizeable, successful and progressive Muslim community, which unfortunately has spawned its own Islamist fundamentalists. According to news reports, over 100 people “either joined or tried to join ISIS” from Kerala and 10 of them travelled to Syria in 2018. Even when Kerala remains a Dar al-Harb for the hotheads, they managed to enforce the Sharia law of chopping off the hand of a college professor for “blasphemy”. How does this equivalence work? While we insist that the Hindutva radicals should accept MF Husain’s right to disrobe Hindu goddesses and even the Bharat Mata (which is a modern, fully dressed construct of Abanindranath Tagore), nobody really tries to convince Islamists that Prof TJ Joseph has every right to refer to a character called Muhammed in a question paper without getting his hand chopped off.

Dar al-Islam and Hindu Rashtra are two sides of the same coin. If we allow the former to be enforced in a Muslim mohalla, the latter becomes an eventuality across vast swathes of equally regressive terrain. India remained staunchly and honestly secular despite the horror of Partition and the creation of Pakistan for Indian Muslims. The mainstream sentiments did not allow the Hindu Right to ask Muslims to go to Pakistan now that they had got a nation of their own. The first two wars by Pakistan to annex Kashmir over religion could not build Hindutva in India. The genocide of Hindus in tens of thousands in East Pakistan was never even discussed in religious terms when Bangladesh was liberated. But the secular, mainstream silence over the murder of innocent Kashmiri Hindus has triggered a political backlash that continues. It is imperative for every secular person to fight for the right of Hindus and Sikhs to live peacefully in the Kashmir Valley.