Had Gandhi lived longer, he would’ve made it count

Gandhi would have concerned himself with the trauma that followed Partition. His healing touch would have been crucial in settling the millions of refugees and addressing the key question of Hindu-Muslim amity, the proper resolution of which at that time would have perhaps avoided the latter-day conflicts in the country. 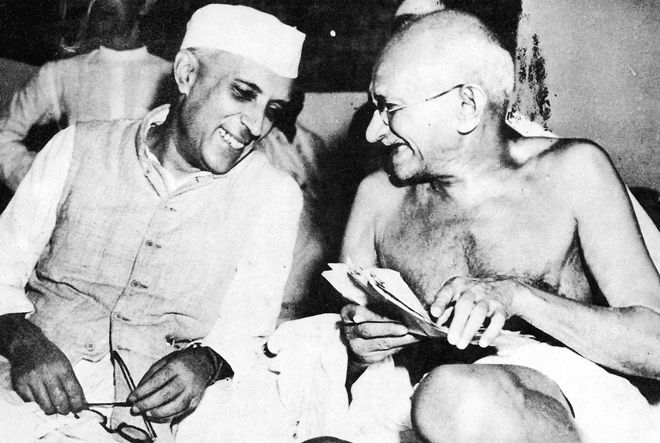 Pragmatist: Gandhi would have allowed the government to be run by Nehru, Patel, Azad and Ambedkar as long as it ran as per the Constitution’s letter and spirit.

In a letter to his friend Acharya Satish Chandra Mukherjee, Gandhi wrote, “May you attain the full span of 125 years, which I may not attain for lack of equanimity prescribed for it in the Gita... I am trying hard to reach that state.”

That was not to be. An assassin’s bullets cut short his holy life, a few months after India attained independence. He was in good health and fully active. It can be reasonably assumed that he would have lived a decade or even more. If that were so, it would be an interesting mind game to guess what he would have engaged himself with and how that would have impacted the course of our national regeneration.

Gandhi (1869-1948) in all likelihood would have been awarded the Nobel Peace Prize in 1948, as Rajinder Singh in his book on the subject has discussed. Though that would have made hardly any difference to Gandhi; he would have perhaps used the money for constructive activities dear to his heart. ‘The Disobedient Indian’, as noted political philosopher Ramin Jahanbegloo writes in a book of this name, discussing the Gandhian philosophy of resistance, would have encouraged those “struggling for democratic swaraj to increase peace and nonviolence in the public realm.”

Being a pragmatist par excellence, he would have allowed the government to be run by Nehru, Patel, Azad, Ambedkar and others — with his role being largely confined to dotting the i’s and crossing the t’s. Gandhi knew their mind and of the way the Constitution was shaping up. As long as the government ran as per its letter and spirit, Gandhi wouldn't have perhaps interfered much. It can be surmised that, being a man of action, he would have devoted himself to the following main, but broadly interconnected, issues.

He would have concerned himself with the trauma that followed Partition which even he could not avert. Gandhi’s healing touch would have been crucial in settling the millions of refugees and simultaneously addressing the question of Hindu-Muslim amity, the proper resolution of which at that point of time would have perhaps avoided the latter-day conflicts within the country and without. Being incapable of hatred, Gandhi alone had the moral authority and stature to negotiate this vexed problem at a time when the passions were raw.

He would have perhaps worked steadfastly to reforming Hinduism from within, as Swami Vivekananda and others had sought to do earlier. Pre-Independence, he waged a relentless battle against the evil of untouchability. Regarding it as a greatest blot on Hinduism which “has sinned in giving sanction to untouchability,” he had once said, “If it is proved to me that this is an essential part of Hinduism, I for one would declare myself an open rebel against Hinduism itself.” While untouchability has been abolished by law, it may still take time for it to be erased entirely from the psyche of many an individual. I would love to guess, based on Gandhi’s belief that pure Hinduism brooks no inequality, that he would have started working against oppressive casteism, widely prevalent even today, the brunt of which is borne by a very large segment of our population. He once said, “I do not believe in caste in the modern sense. It is an excrescence and a handicap on progress.” Gandhi alone could have made a decisive impress in this direction.

Local self-government associated with decentralised planning would have been the cornerstone of our development model. In our anxiety for centralised planning — which was indeed necessary at that phase of our development — the ideas of panchayati raj were largely neglected. Even decades after constitutional amendments, progress in this front has been painfully slow. Issues of poor health and sanitation, low levels of literacy, high infant mortality, degradation of environment, and subordination of women, especially in villages, could have been much better addressed through local self-governance. This has largely been an area of darkness which Gandhi would have illuminated.

He would have fought relentlessly for universal primary education and basic health for all, demanding much higher budgetary allocations for these sectors. To impute that in the first few Plan periods these sectors did not receive any attention would be simplistic, but relative neglect there was, mainly because there was no constituency developed in our electoral democracy to demand such universal services. Had Gandhi lived, he would have created a national consensus on this score. The establishment of IITs, large public sector undertakings for core sectors, multi-purpose projects on major rivers and national-level scientific laboratories was crucial, as Nehru envisioned. Gandhi would have ensured at least equal priority accorded to meeting basic health and education needs for all citizens. A drastic reduction of poverty, the attainment of a much higher level of human development indicators and containment of unsustainable migration from rural to urban areas would have been a reality if the bottom-up approach of planning had been practised from the early fifties.

As Gandhi’s “harmonious vision was directed towards a true revolution of values”, as Jahanbegloo reminds us, he would have committed to gender justice and protection of the environment. “If non-violence is the law of our being, the future is with the women.” He would have also been critical of the powerful state seeking to undermine dissent, as he believed, “Discontent is a very useful thing. As long as a man is contended with his present lot, so long is it difficult to persuade him to come out of it. Therefore, it is that every reform must be preceded by discontent.” We may well remember it, as long as we know such discontent is for sustained public good and not accompanied with violence.