India has key role to play in Africa's Covid battle

Africa still faces a shortfall of about 470 million vaccines. The target is to vaccinate at least 60% of the population by 2022. India has expressed solidarity with Africa and is offering support by providing vaccines. So far, India has supplied 25 million doses to 41 African countries. India is also ready to provide essential life-saving drugs, testing kits, gloves, PPE kits and medical equipment such as ventilators to African nations. 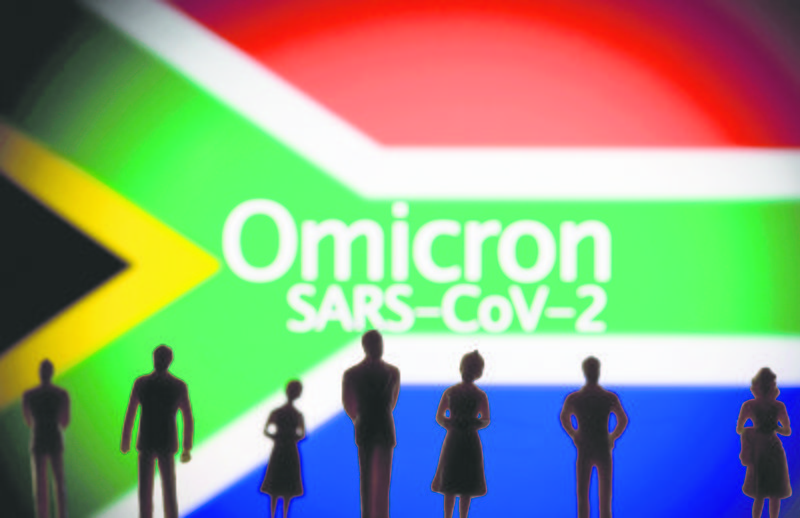 Fighting the virus: Vaccinating its population remains a challenge for Africa. Reuters 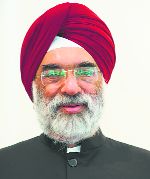 The emergence of the Omicron variant of Covid-19 in South Africa has set the cat among the pigeons. There is a large amount of fly-swatting going on, to try and nip it in the bud. The use of mixed messaging is creating a dichotomy which African countries could well do without. South Africa should be lauded for its alertness and information. However, it has faced ostracisation by some countries. Along with it, many of its neighbouring countries in Southern African Development Community (SADC) have also been named as countries from where travellers would be monitored.

Countries which were recovering from the pandemic and the challenges of vaccination are apprehensive that new variants could challenge their progress towards dealing with Corona. While Omicron so far has not led to major hospitalisations, its structure is causing anxiety. The efficacy of the existing vaccines and testing programmes could be challenged if Omicron turns destructive.

A scientific and rational view is required rather than a blanket ban on dealings with Southern African countries. It will be preferable if countries collaborated, and supported countries like South Africa, which reported the variant. Any sense of punishment for such reporting will be detrimental to others reporting such measures in the future.

A challenge of dealing with the pandemic is the expansion of vaccination programmes. With increased vaccine production, better distribution is necessary. According to the Africa Centre for Disease Control (ACDC), as of December 3, Africa had 8.6 million cases of Covid-19 and more than 2.23 lakh deaths. An estimated 8.1 million people recovered and 82.5 million tests were carried out. The ACDC reports that Africa has administered 56.4% of its allotted doses; 10.6% of the people are partially, and merely 7% fully, vaccinated.

As many as 417.5 million vaccines were received in Africa, of which 235.8 million are administered. Twelve different vaccines are provided to Africa under the COVAX; 21% of these are AstraZeneca. Nineteen vaccines are provided under bilateral arrangements of which Sinopharm has a 26.5% share. Under the Africa Vaccine Acquisition Task Team (AVATT), four vaccines were obtained of which Johnson and Johnson has a 66% share.

Nevertheless, Africa still faces a shortfall of about 470 million vaccines. The target is to vaccinate at least 60% of the population by 2022.

Africa is the focus of support from its friends globally. India has expressed solidarity with Africa and is offering support by providing Indian vaccines. So far, India has supplied 25 million doses to 41 African countries. This includes 1 million grant doses to 16 countries and 16 million doses under COVAX to 33 countries.

In a quick reaction to the Omicron scare, India cleared all requests emanating from COVAX for supply of Covishield vaccines. These include supplies to Malawi, Ethiopia, Zambia, Mozambique, Guinea and Lesotho in Africa. The request by Botswana for Covaxin is also cleared.

Indian institutions dealing with genomic surveillance are prepared to cooperate with African research teams for virus characterisation. e-ITEC training programme on management of vaccines and cold chains is scheduled this month. Another programme on the rollout of vaccine programmes was held in May.

At the China-Africa ministerial meeting on November 29, China announced a surge of vaccine support to Africa. It promised 1 billion vaccines in 2022. Six hundred million doses are expected as grants; 400 million would be through joint production in African countries. Other countries that produce the vaccine like the United States and Germany have also supported Africa. It is Africa’s ambition not to be left stranded as they were during the Delta variant crisis.

The goal of the African Union now is that by 2040, Africa should produce 60% of the vaccines they require from the current level of 1%. This is ambitious indeed. This would require a new public health order to be established in Africa to meet these ambitions along with vaccines, expanded manufacturing of diagnostics and therapeutics, training of a public health workforce and action-oriented partnerships.

Four ideas are presented to alter this trend. Predictable and reliable supply to reduce transaction costs; distribution to be left to ACDC without earmarked donations; adequate shelf life of ten weeks at least for donations; a month’s advance notice helps local planning and in reducing wastage of vaccines. The cold chain capacities in certain countries cannot cope with the sudden rush of donations. Indian vaccines are preferred because they do not require special cold chain capacities.

Most donations of vaccines do not include associated supplies such as syringes, needles and related chemicals, nor do they cover freight costs. Donations need all essentials to ensure rapid absorption. This is where the Indian and Chinese models differ. India is looking at a demand-driven supply situation and has moved away from the donation model because of the kind of issues associated with it. Thus, when countries place orders which are now expeditiously cleared, they have the necessary wherewithal to utilise these vaccines effectively. The Chinese offer of 600 million doses is a generous one, but needs to factor in all the above issues of predictability, assuredness, providing associated delivery instruments and phased planning so that the recipient countries’ systems are not overstretched.

The US donated 17 million doses of vaccine to Africa. It is ready to boost vaccine production. They work with Aspen Pharmacare for J&J and Biovac Institute in Cape Town to finish the Pfizer vaccines in South Africa just as they are working in Hyderabad for the Quad vaccine initiative. Senegal and Egypt are also creating production capacities.

India can effectively assist Africa by creating a production facility. Germany has pledged euro 250 million for such an activity. Like the Quad initiative, India should join with Germany and the US to create a vaccine production base in Eastern Africa which has no immediate access to local production. India can offer soft loans and its experience to achieve this. This will be meaningful India-Africa trilateral cooperation.