All such economic cooperation pales into insignificance when South Block looks at its balance sheet with Minsk and realises that Belarus supports India on every issue. These are issues over which some European countries have reservations about backing India. Going with the EU on the conflagration over migrants does not, therefore, make for pragmatism in the Modi government’s external affairs. 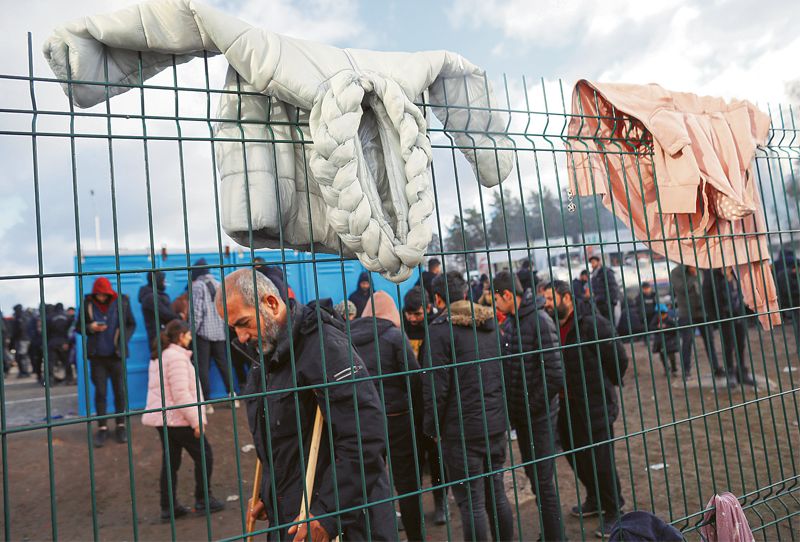 CONSISTENT: Belarus has been unwavering in support, due to which India does not want to jump the gun on the refugee issue. Reuters 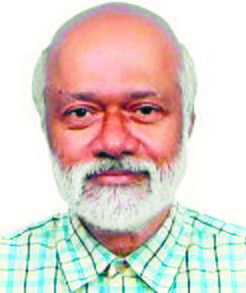 LAST week, with remarkable aplomb, India avoided being inveigled into Europe’s rapidly escalating crisis on the Belarus-Poland border over migrants from Iraq and Syria trying to cross into the European Union. The EU wants India on its side in isolating and ostracising Belarusian President Alexander Lukashenko, whom it accuses of having falsified national election results last year. New Delhi’s stand matters because it is now in the United Nations Security Council (UNSC) and is an influential member of the UN Human Rights Council (UNHRC).

In a telephone conversation with Foreign Secretary Harsh Vardhan Shringla, the Secretary General of the European External Action Service of the EU, Stefano Sannino, went to great lengths to stress that Europe was facing a grave threat from Lukashenko. Sannino accused Belarus of cynically trying to flood the EU with vulnerable migrants by pushing them in through its border with Poland. The West has accused Russia of supporting Belarus in this plot.

Polish and Belarusian troops have not directly clashed yet, at the time of writing, but hundreds of migrants, including children, are proxies for both countries in this evolving human tragedy with strategic ramifications. Polish troops have suffered casualties from rock-pelting by migrants, Palestinian-style, across barbed wire fences and steel gates for refusing to let them into EU territory. Belarusian soldiers have endured collateral damage from Poles tasering the migrants who have torn down some of the Polish barriers.

Shringla refused to bite the bullet and was non-committal on the phone with Sannino. A Ministry of External Affairs (MEA) readout of their conversation said between the lines that all the EU could get out of its telephonic outreach was that “both sides agreed on the need to de-escalate the situation and arrive at an early resolution”. India is not about to join any crusade against Lukashenko or encourage any colour revolution in Minsk of the kind, which the West has orchestrated in many capitals around the world.

On the contrary, the MEA recently approved the opening of a Belarusian Consulate General in Mumbai. Swiftly, within a month of that approval, Lukashenko’s cabinet approved necessary measures for setting up the diplomatic post, which is expected to open before December 31. India’s permission for a new Belarusian Consulate is evidence that India values its strategic autonomy, notwithstanding frequent charges that the Narendra Modi government is rushing headlong into the Western camp.

An India-Belarus Foreign Office consultation, planned for November 1 in Minsk after a hiatus of three years, has not, however, taken place yet. Poland has very strong historic and commercial links with Gujarat, which may have been a factor in not overtly demonstrating any bonhomie with Belarus now. Any Indian team going to Minsk for consultations would have been given an audience by Lukashenko, who would gain diplomatic mileage from engagement with a UNSC and UNHRC member. This would not have been viewed favourably by the EU. India is hoping that by the time the Belarusian Consulate opens in Mumbai, the crisis with Poland would have been defused.

As an old Communist apparatchik with keen interest in Indo-Soviet relations, and a veteran of the Soviet Army earlier, Lukashenko wished to make India his second destination — after Moscow — for a foreign visit soon after he became President of Belarus in 1994. Prime Minister PV Narasimha Rao’s government was one of the first in the world to recognise Minsk as an independent capital in 1991 as part of his policy of retaining relations with successor states of the Soviet Union. An Indian diplomatic mission opened in Minsk a year later.

Lukashenko’s wish was not immediately realised because then External Affairs Minister Dinesh Singh had a stroke and became incapacitated. Singh was replaced by Pranab Mukherjee a year later. A priority for Indian foreign policy at that time was improved relations with Europe, especially with Germany and the UK. A cautious man by instinct, Mukherjee felt that the sight of Lukashenko inspecting a Guard of Honour on the Rashtrapati Bhavan forecourt during a state visit will slow down improved relations with the EU. Right from the start, West European governments viewed Lukashenko as a Soviet holdover: neither a democrat nor a reformer, plus a proxy for Moscow.

Therefore, nothing happened with Belarus as long as Mukherjee headed South Block, the headquarters of the MEA. When IK Gujral became External Affairs Minister in mid-1996, the Russians put in a word to Gujral at Lukashenko’s behest. There was no Belarusian embassy in New Delhi at that time. Gujral was Ambassador in Moscow for four years. Soon enough, Lukashenko’s wish of visiting India was realised. A productive trip, it led to the opening of a Belarusian embassy in New Delhi the following year and signing of commercial deals including sale of much-needed potash, which forms the basis of Belarusian exports to India.

With controversy erupting at the climate talks in Glasgow on whether coal should be “phased out” or “phased down”, and India’s role in changing the formulation, neither side would like to highlight imminent collaboration between state-owned mining companies in Belarus and Coal India Limited. Belarusian oil companies with advanced technology are helping India to increase output in domestic oil fields.

All such economic cooperation pales into insignificance when South Block looks at its balance sheet with Minsk and realises that Belarus supports India on every issue: a permanent seat in a reformed UNSC, the recent election for a non-permanent seat at the UN high table, membership of the Nuclear Suppliers Group (NSG), of which Belarus is a member. These are issues over which some European countries have reservations about backing India. Support for India from Minsk is on the same level as what India gets from Thimpu, Male or Port Louis. Going with the EU on the conflagration over migrants does not, therefore, make for pragmatism in the Modi government’s external affairs.

If the past is any guide, Lukashenko’s next visit to India will only be in 2027. He has visited India in every tenth year during his long presidency: in 1997, 2007 and 2017. Unless the West foments a successful colour revolution, Lukashenko is likely to remain President in 2027. Only one Indian head of state has been to Belarus, when Modi asked Mukherjee to go to Minsk six years ago