Memories & trauma of ’47 : The Tribune India

The echoes of the multi-dimensional tragedy that hit areas to the south of Pir Panjal in J&K in 1947 continue to manifest in various forms. Every year, in November, first-hand accounts of Hindus and Sikhs start surfacing in local dailies of the tragedy that unfolded in PoK. There is often reluctance in discussing personal stories to avoid re-opening old wounds 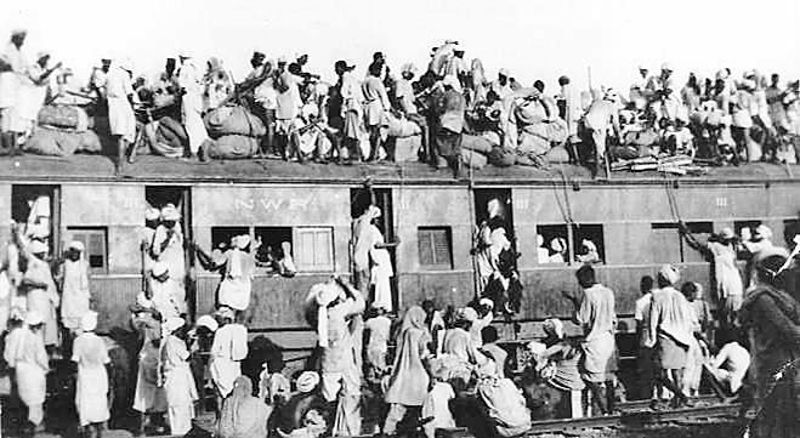 In 1947, in the Barmoch area of Kotli district, three Hindu families stayed back in Pakistan-occupied Kashmir (PoK) and converted to Islam. Sheikh Sikandar, who is the son of Jivan Baksh (a Hindu), told me in January 2006, “My aunt (father’s sister) Sitto lives in Nowshera area (in Jammu and Kashmir). The last time we heard from her was in 1996.”

Not too different is the story of Habib-ul-Rehman, an official in the administrative machinery of the PoK government, whom I met in the Mirpur area of PoK. His father was a Hindu and had converted to Islam during the 1947 riots. “Initially, it was difficult for my father to face the circumstances as his entire family had left, but then he developed new contacts. Anyhow, the longing still exists to meet our Hindu relatives,” Rehman summed up his family’s sentiments about the impact of 1947.

The echoes of the multi-dimensional tragedy that had hit the areas to the south of Pir Panjal in J&K in 1947 continue to manifest in various forms even today. Every year, in the month of November, first-hand accounts of Hindus and Sikhs start surfacing in local newspapers of the tragedy that unfolded in Mirpur and other parts of PoK in 1947. The recurrent theme is the fall of Mirpur, an area on the other side of the Line of Control, that took place on November 25, 1947, a date on which the administrative apparatus of the princely ruler of J&K collapsed because of the Pashtun raid. There is often reluctance in discussing personal stories to avoid re-opening old wounds in the public domain.

Across the border, the Partition trauma involving Muslim families is invoked. Last year, Pakistan Muslim League (Nawaz) leader Khawaja Asif, who is a member of Pakistan’s Legislative Assembly from Sialkot, where the maximum number of Muslims from J&K had settled, raked up memories of 1947 in the national Parliament.

In this connection, the impact of institutionalised inter-generational Partition-related memories is to be understood beyond cliched narratives. It calls for an inter-disciplinary approach as has happened in some of the similar situations elsewhere.

First of all, take the case of the one-sided propaganda material of Pakistani Punjab-based terrorist outfits that invokes the Partition riots, including the tragedy that impacted Muslims, to raise funds and boost recruitment. Within the context of counter-terrorism studies, internalisation of a unidimensional version of the 1947 events de facto becomes one of the societal drivers of violent extremism in the region. In the last 30 years, terrorist outfit Lashkar-e-Taiba has mostly drawn recruits from eastern and central areas of Pakistani Punjab, where the bulk of the 1947 migrants and their families are settled. The 2008 Mumbai attack terrorist Ajmal Kasab was from Okara district near the India-Pakistan border. Coincidentally, Ali Babar Patra, a recently arrested terrorist in Uri area of J&K who was part of the fresh group of infiltrators from across the Line of Control, too comes from Okara in Pakistan Punjab.

Second, there is little discussion around the health impact of inter-generational Partition trauma though a large number of the subcontinent’s population, particularly of Punjabi ethnicity and people living in the areas near Punjab, was directly impacted. There are examples from other parts of the world that have a direct relevance to such potential studies that can be done in the area. In this context, New York-based Professor of psychiatry and neuroscience Dr Rachel Yehuda’s work is significant as she has identified the mechanisms by which traumatic stress may permanently alter the physiology of children of Holocaust survivors, and of pregnant women who survived the 9/11 attacks. Her work informs that descendants of Holocaust survivors may be more resilient in an adversarial situation. But it also makes them more vulnerable to higher levels of stress and anxiety or even depression. Such studies and the peer criticism of that work can be a good point of reference for relevant researchers to initiate similar kind of work which is customised to the subcontinental history and present-day reality.

Meanwhile, the impact of some of the past policy decisions and the consequent impact on prevalent societal inter-generational institutionalised memories can also be studied, that could inform future responses. Without lowering the guard, promoting people-to-people connectivity is potentially also a strategy of realpolitik. For instance, one of the lesser discussed achievements of the short-lived 2004-07 India-Pakistan peace process was the softening of the Line of Control that enabled many people to meet their families and reconnect. In the short-lived process and liberal visa regime, there was a meeting of divided families as intended, but there were other surprises.

In 2005, a delegation led by PoK jurist Abdul Majeed Malick visited Bakshi Nagar in Jammu and Lajpat Nagar in New Delhi, where a large number of senior citizens who came from Mirpur area of PoK in 1947 reside. This struck an emotional chord between the people speaking the same language in contrast to more formal encounters in the Valley. Another delegation of five PoK migrants living in J&K visited their places of birth in Kotli district across the Line of Control in March 2006. They described their trip as an unforgettable emotional experience and thanked the PoK Muslims for their warm hospitality, affection and respect. All of them were victims of riots in PoK. The two engagements on either side of the Line of Control demonstrated the importance of people-to-people contact that can potentially mitigate the impact of the inter-generational Partition memories and trauma within a limited context.

— The writer is a journalist & author