China has offered the Belt and Road Initiative to Myanmar in a bid to strengthen its hold on India’s eastern flank. Drawing Nepal into its strategic sphere, China has facilitated consolidation of Pakistan’s ISI in that country. Handing over India’s 5G network to China will be a strategic blunder. 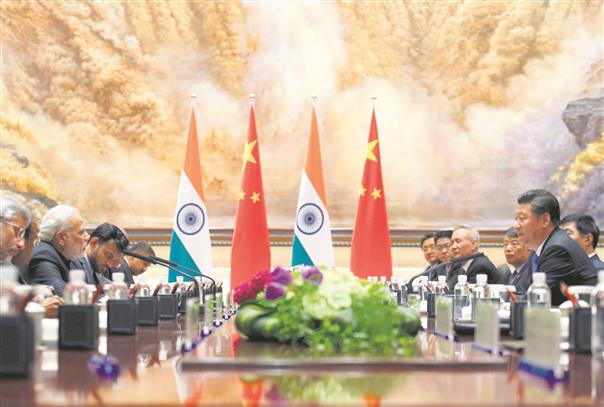 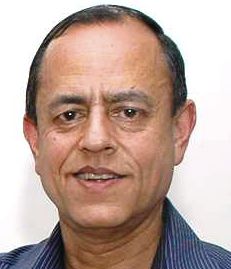 AFTER meetings with Sri Lankan President Gotabaya Rajapaksa and Prime Minister Mahinda Rajapaksa on January 14, Chinese Foreign Minister Wang Yi said, “We will not allow any outside influences to interfere with matters that are essentially internal concerns of Sri Lanka.” Earlier, on a visit to Nepal on October 12, 2019, Chinese President Xi Jinping fired a warning by saying, “Any attempt to split China will be crushed.” These utterances indicate a measure of conceit emanating from Beijing’s financial muscle and debt trap policy, also signalling the lien China has on India’s neighbourhood.

After the 22nd round of boundary talks between NSA Ajit Doval and Wang Yi at Agra on December 21, 2019, China tried to show it was eager for an early resolution of the border by suggesting that both should “promote early harvest consultations.” This proposal relates to the boundary along Sikkim only, which China wants tackled in order to pressure Bhutan on Doklam. This, despite the India-China agreement of 2005 that states a resolution must be a ‘package deal’ involving the complete border.

During 2019, Chinese media went on a charm offensive in praising PM Narendra Modi, calling him a ‘rock star’ and saying “the US strongly promoted its Indo-Pacific strategy which has the clear intentions of provoking a confrontation between China and India. But Modi did not fall for the trap.” After the informal Modi-Xi summit at Mamallapuram in December 2019, Sun Weidong, China’s Ambassador to India, said China was keen to promote defence and security cooperation with India, adding that China respected India’s decision on the RCEP and was willing to work to resolve the issues.

In February 2019, China objected to Modi’s visit to Arunachal Pradesh, saying that it had never recognised it as part of India and the Indian leadership should refrain from “complicating the boundary issue.” China raised similar objections to Defence Minister Rajnath Singh’s visit to Arunachal Pradesh last November. Notably, China laid claim only to Tawang Plateau prior to 2005 but when the 2005 India-China Agreement mentioned that the boundary settlement must be a ‘package deal’, China overnight extended its claim to the entire Arunachal Pradesh under the euphemism of ‘South Tibet’.

Spending $126 billion to influence countries in South and Central Asia has earned China poor results and India is China’s key target. These are the findings from the study ‘Silk Road Diplomacy’ done by AidData in collaboration with the Asia Society Policy Institute and the CSIS. The study also brings out that military diplomacy is part of Beijing’s toolkit to influence countries of its core strategic interests. This is logical, but China’s stance changes as per its priority. Joint India-China exercises were being held even before China deliberately intruded in Bhutan, resulting in the 73-day Doklam standoff.

The current bonhomie by Beijing is mainly aimed at grabbing India’s 5G network. China’s political warfare is acknowledged worldwide. It spans ASEAN countries, Australia, Africa and many countries in South Asia. India is no exception. During the UPA-II regime, the National Security Council Secretariat (NSCS) issued an advisory against ZTE and Huawei for valid reasons of these two companies being inexorably linked to the PLA. But within three months, the MHA headed by Sushilkumar Shinde opened the floodgates for them in India. How much money and what else exchanged hands will never be known, but are we now entering the same league by ignoring China’s immense cyber warfare prowess? Surely, this can’t be part of what the political hierarchy expounds as ‘other ways to avoid war’.

China’s immense capabilities in backdoor Trojans which can be activated at its behest are a clear and present danger to foreign telecommunication networks that submit to Chinese technologies. There is no way that countries, leave aside India, can verify that China exports technology without backdoor Trojans. Yet, Huawei is reportedly partnering with Bharti Airtel for trials in Bengaluru with Vodafone Idea to eventually hold trials in Delhi. The government appears to have conveniently left the issue to telecom operators whose sole aim is to make money, national security being their last priority.

Have we ever wondered why China has infused massive state subsidies into Huawei’s 5G network price to cut out competition? Besides, what is so great about Huawei’s 5G technology that is not matched by Nokia, Samsung, Ericsson etc? Above all, what is the mad rush about 5G technology to ignore indigenous private players, which, given time, are capable of developing 5G and 6G networks? Should we sacrifice national security on the altar of new technologies?

China views India as its prime adversary in Asia and has no intention of resolving its boundary dispute with India. China approached the UN over Kashmir at Pakistan’s behest. China continues to oppose India’s membership of the UNSC. The China-Pakistan nexus enables a proxy war against India and Indian interests in Afghanistan as China supplies military hardware, including drones and firepower, to Pakistan for trans-border operations.

Xi Jinping has now offered the Belt and Road Initiative (BRI) to Myanmar in a bid to strengthen its hold on India’s eastern flank, in addition to its proxies in the Arakan Rohingya Salvation Army and United Liberation Front of Western Southeast Asia. Drawing Nepal into its strategic sphere, China has facilitated the consolidation of Pakistan’s ISI in Nepal. Handing over India’s 5G network to China will be a strategic blunder compromising our security and sovereignty.