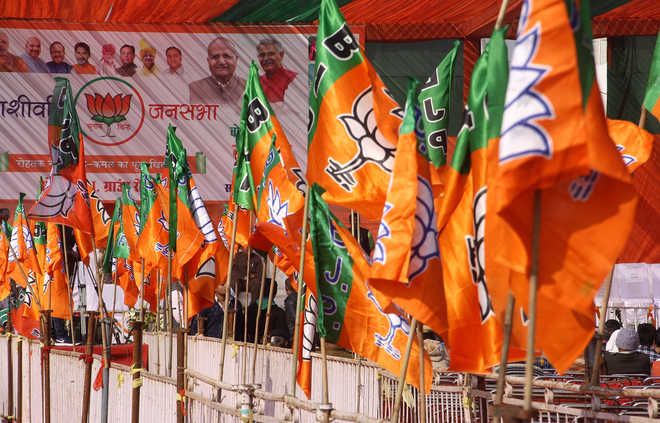 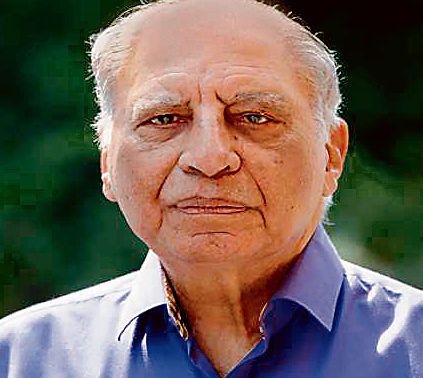 How language changes and keeps up with the changing world! If one is asked, who is going to win the election in Bengal, or which of the two, Medvedev or Djokovic, was going to win the Australian Open, one would say, ‘I am not an astrologer.’ If you wish to be ponderous, you would say, ‘I am no scholar of zodiac charts.’ What do you think Stephanos Tsitsipas, the rising Greek semi-finalist, said? “Look, I am not a betting website.” No computer-generated janampatris, nothing about which planet is in which darned house, Mercury in ascendant, Saturn in decline. But Tsitsipas is a favourite. When playing and beating Rafael Nadal, he looked like a Greek hero hurling his darts at the Trojans — Hector and Sarpedon. The motorcycle has also spoilt language. Now you never start a project, you kickstart the wretched thing.

I must start by congratulating the BJP. They managed to get rid of both the L-G and the Chief Minister of Puducherry in one stroke. The Congress could not manage such a double whammy in 60 years. The party also has a magnet which pulls MLAs from opposing parties. That calls for a detailed sociological study. They lease out this magnet to the CBI, NIA, Narcotics Bureau, et al. With what sleight of hand do they manage it! Admirable! The Congress was reduced to 12 in a House of 30. Six guys crossed over, had tea with the BJP. V Narayanasamy the Chief Minister, resigned, but after telling the House how the BJP had used similar tactics in Arunachal Pradesh, Manipur, Goa, Karnataka and Madhya Pradesh. That’s a long list, sounds like one-third of India. I remember an African President or Prime Minister stating the following to his opponent after the voting: “I knew you won the election. But I won the count.” My suggestion to my countrymen is, why must we go through this rigmarole — disqualifying legislators, MLAs being secluded in hotels, voting and then being bought over — sorry, I mean won over. Why not just vote for the BJP in the first place and be done with?

Here I wish to say something about political scientists — out of respect, I won’t touch on Harold Laski. Firstly, these theorists are not scientists. They have raised the cry that we are the largest democracy. Why? Because we have an election. None of the other parameters of a democracy do we fulfil. There is hardly any rule of law, godmen flourish, Baba Ramdev comes out with some mumbo jumbo vaccine and our Health Minister attends the show and supports it. We vote because of bhai-bhatija and biradari. Liquor drums were prevalent in Punjab during Partap Singh Kairon’s days. But our elections won us this title of ‘largest democracy’. I support the BJP for being so innovative, giving democracy another dimension by nullifying electoral results. What the Burmese army or the Pakistan army has always done, our polity presided over by eminent right-wingers manages so smoothly.

The same goes for Sonar Bengal. One loses count of the guys in TMC ranks who basked in the Mamata sun for 10 years and have now hopped, stepped and jumped over to the BJP. I hope we are training these guys for the Olympics. Ennui must have set in with the Bhadralok members of the Assembly. The powers-that-be have also seen to it that the Enforcement Directorate does not feel neglected. With a snap of its fingers, it summoned this redoubtable outfit. In Mumbai quite recently, the party summoned the Narcotics Bureau, CBI, NIA, sent an actress to jail in aid of Sushant’s family. In Kolkata, the stakes are high. One can’t opine on a matter which is under investigation, though the timing favoured my favoured party, the Jana Sangh. A coal scam has been exhumed I am told, very rightly so, just at the moment when elections are near. None of the Opposition parties have this sense of timing.

Columnists are at sixes and sevens these days. For instance, I am not sure who is conspiring in this toolkit case. Was it Disha Ravi and friends and the redoubtable Swedish activist, Thunberg, conspiring against India? Or was the state, meaning the BJP and the Delhi Police, conspiring against Disha Ravi and Greta Thunberg? After the judgment granting bail to the arch secessionist, I would not know who were the conspirators? Still, I would like to caution the aforesaid state, don’t mess with Sweden or you will have the entire poetry lobby against you. For, since 1913, every Indian poetaster who can rhyme ‘trees’ with ‘bees’ aspires to the Nobel Prize. I read a Khushwant Singh article where he mentioned that Subramania Bharati wrote to Tagore asking for the ‘mechanics’ of securing a Nobel. At the end of this rumination comes the news that Disha Ravi was communicating with an organisation called ‘Poetic Justice Foundation’. The state saw to it she met with ‘poetic justice’. The venerable judge, Dharmender Rana, granted bail to Disha Ravi after passing some strictures against the police. But there is a snag, there always is. He talked about the ‘scant and sketchy’ evidence marshalled by the police. This is an incentive for better patch-ups, slings around broken joints of the police case. Next time the patch-up will be perfect.

The 88-year-old Congress veteran had taken his first shot of...