Pact with China no guarantee of peace

Mere drawing of the boundary does not bring an end to the centuries-old influence of neighbouring areas. The Burmese project for a stable nation-state may have resolved a boundary row with China, but it failed to end insecurity. For different reasons, the same holds true for China’s borderlands close to India. 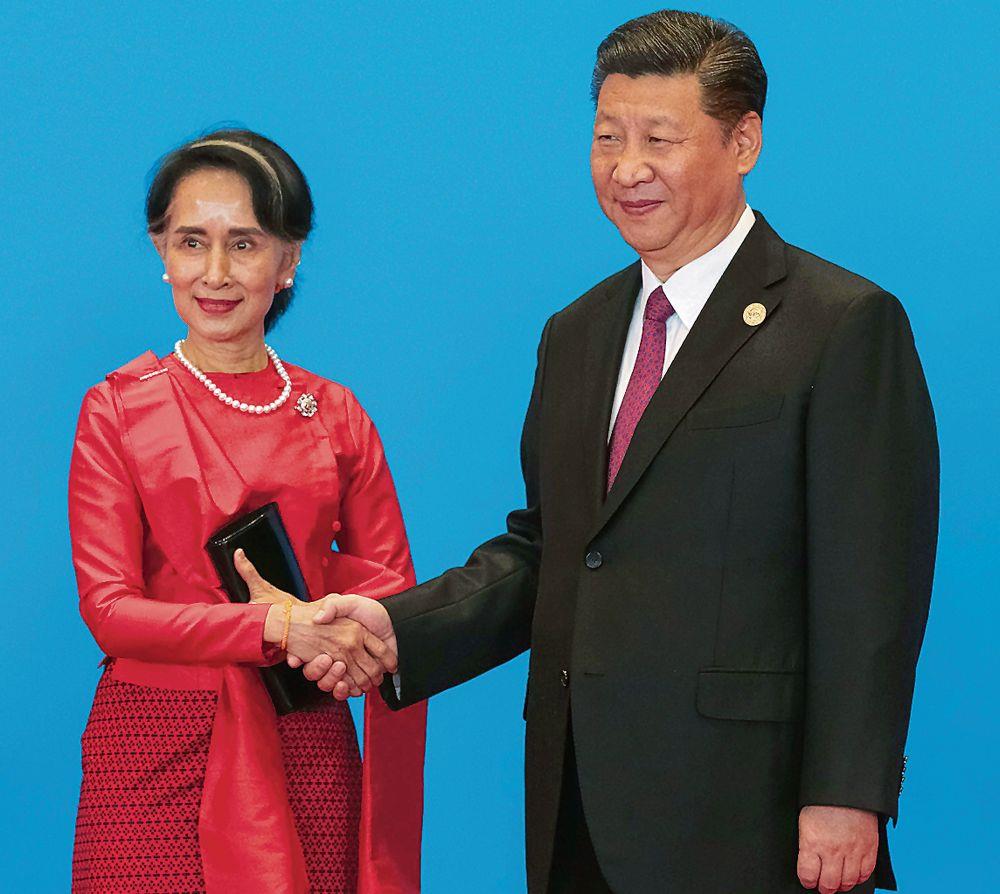 The ongoing Himalayan conflict between the two most populous countries of the world has reignited the debate that timely resolution of the Sino-India boundary dispute in the 1950s would have spared the two Asian giants intermittent bouts of border clashes in the decades to follow. There is enough literature and various interpretations floating around on the Sino-Indian talks on the boundary issue in the 1950s between Chinese Premier Zhou Enlai and Indian Prime Minister Jawaharlal Nehru.

In the 1950s and 1960s, China pursued talks with at least twelve of its neighbours. China has often stated that it doesn’t seek expansion as it has rhetorically claimed that it has converted its land borders into ‘borders of friendship’. In this context, it may be worthwhile to study whether a mere demarcation of borders can bring peace in the borderlands. The Sino-Myanmar boundary may be relatively a closer point of reference to the Sino-Indian Line of Actual Control. China shares with Myanmar a boundary stretching 1,358 miles in length. Like India, Myanmar’s point of reference on the boundary issue was the imperial claims, conventions, agreements and records. China has refused to abide by the imperial conventions or claims on the ground that they are one-sided interpretations of the boundary.

The circumstances in which the Sino-Myanmar boundary settlement took place were marked by high political fluidity prevailing in Myanmar. After gaining independence in 1948, Northern Myanmar became the area where the Chinese nationalist troops, called Kuomintang exiles, established bases as they retreated after facing defeat at the hands of the advancing communists. As the communists established power in mainland China, they forced the then governing political elite in Burma to drive away the Kuomintang exiles to Taiwan and other neighbouring countries.

Like India, China signed an agreement for five principles of peaceful existence, famously known as the Panchsheel agreement, with the Myanmar Prime Minister U Nu in 1954. However, the context in which the agreement was signed was heavily skewed against Myanmar as the Chinese troops were already inside Myanmar and they laid claim over parts of Northern Myanmar. This was coupled with the massive inflow of population from China to Myanmar as this changed the demography of many of the Myanmar cities.

After several rounds of negotiations between the two sides in the backdrop of a fierce power struggle taking place in Myanmar, both the countries agreed on a boundary in October 1960. It seemed pragmatism had prevailed. There was a territorial swap based on geography and administrative ease. No doubt, the agreement between the two countries has largely held but the situation that followed in Northern Myanmar in the last six decades is nothing short of a civil war.

The three highland regions, namely, Kachin, Wa and Shan, inhabited by the country’s ethnic and religious minorities with political and economic grievances, are insurgency-hit parts of Myanmar with a strong trans-border influence from China. Chinese state institutions, including the People’s Liberation Army (PLA) and the regional government of China’s neighbouring Yunnan province, maintain equities with all the stakeholders, including the insurgent groups, across the border in a calibrated and sophisticated manner. The insurgencies are seen as a threat to national security and unity by the Burmese ethnic majority, living in the plains of Irrawaddy delta, thus becoming the raison d’être for military domination in the power structure.

Wa state, which has trans-border civilian, economic and alleged military ties with China, is de facto autonomous and a modus vivendi exists between the Tatmadaw, the local name of Myanmar military, and the United Wa State Army since 1989.

In Kachin, China maintains its relationship with the Kachin Independence Army (KIA), an insurgent group active in the region, as well as Tatmadaw. The region has jade mines, which is often the site of mass casualties as locals work as miners in inhospitable and unsafe conditions. On July 2, a landslide at a mine in Hpakant town in Kachin state claimed 172 lives. China is the biggest market for jade as it is considered an auspicious stone by the wealthy Chinese. The value of illegal trade of jade is several times more than the legal trade, creating a corrupt ecosystem of the senior officials of Tatmadaw, KIA commanders and the Chinese market.

Coming to the nearly 2,167 mile Sino-Indian Line of Actual Control, nearly one-fifth of the Chinese territory is Tibetan Autonomous Region (TAR) and it is this restive region that adjoins India. Tibet is at the heart of China’s modern conception of a nation-state. The first provisional president of Republican China, Sun Yat-Sen had mooted the idea of the Republic of Five Nationalities — Han, Manchu, Mongolian, Hui (Muslim) and Tibetan.

China has often resorted to diplomatic bullying to prevent the Dalai Lama from meeting with other global leaders. In October 2009, even the then US President Barack Obama decided not to meet him as it was believed that it would impact the US President’s upcoming China trip. Ladakh and Arunachal Pradesh, the two areas that adjoin the Sino-Indian Line of Actual Control, have recorded centuries-old transnational ties, including trade and religious, with Tibet. The Dalai Lama visits both the areas frequently as part of his religious duties. In this respect, whether the boundary would have been demarcated or not with India, the Chinese strategy to homogenise would have continued to view its borderlands or perceive areas across as a security threat.

The border lands, populated by ethnic and religious minorities, are more than just the territorial space to be conquered and administered. A mere drawing of the boundary also doesn’t bring an end to the centuries-old influence of the neighbouring areas. The Burmese majority project of establishing a stable and peaceful nation-state may have resolved a boundary row with China, but it failed to end the insecurity in its borderlands. Though for different reasons, the same holds true for China’s borderlands that are close to India.