Poetry fights back, and how 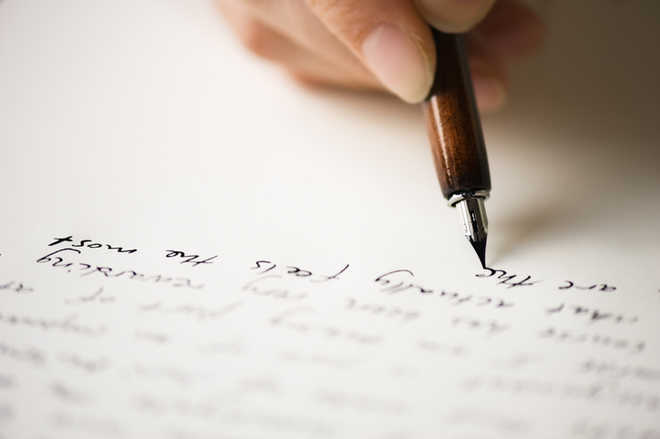 There are times when we have to forget what confronts us — Bihar election, erstwhile J&K put on sale as Omar Abdullah contends; there’s more water on the moon than we thought; beheading of Samuel Paty for showing cartoons of the Prophet; Macron’s attack on “Islamist separatism” and his hope that “enlightened Islam” is the way forward; Mr Modi’s speech on “generational corruption”; Anil Kumar Saumitra, once head of the BJP media cell in MP, thrown out for stating that Gandhiji was the father of Pakistan is appointed Professor at the Indian Institute of Mass Communication; four goons recite the Hanuman Chalisa at a Mathura Eidgah to usher ‘communal harmony’ I presume; Trump flies on Air Force One to address electoral meetings; Boris Becker files for bankruptcy and Chris Gayle hits a thousand sixes. But from this stew, something stands out: four poetry anthologies. I get these free because I have a poem or poems in each.

The first issue is from Manoa, Hawaii, and is called “Tyranny Lessons”. The surprising thing is there are 30 poems by 30 Chinese poets, translated into English, some anti-Mao or pointing to atrocities at Tiananmen Square. Most of these Chinese poets live in USA. The poems are translated by Ming Di, a Chinese poet, and Frank Stewart, the journal editor and a fine poet himself. Take the start of the poem “Eternal June 4th” by Hung Hung from Taiwan.

“The same tanks roll on

All the sensitive words have

from a true history..”

The poem goes on to say that ‘pools of blood in the square have been washed away’ and later urges the government sarcastically to ‘install more surveillance cameras’.

Sun Lei, poet and installation artist, writes “the familiar smell of tear gas/still lingers in the air” and touches on “the smell of burning bodies”.

In “Daily Life”, Maram Al-Masari, award-winning Syrian poet who moved to France in 1982, writes about explosions in front of a bakery.

pull up their roots and run.

It stays with you, hunger buying bread. World over from these books you get the feel that sensitive people are disillusioned by governments, and by the times. This is how Slovene poet Brane Mozetic writes about a new government: ‘how do they find hope/that there’s still something left to steal.’ Says it all, doesn’t it? The books are not about corruption, they are about the zeitgeist, our zamana.

We Indians can’t be left behind, can we? Nishi Chawla from USA and Satchidanandan have compiled a global anthology called “Singing in the Dark”, magnificently produced by Penguin.

There are about a hundred poets, many from Europe and America. Harry Owen starts with “Say something about us/ about scarcity, squalor, disease/ about avarice, lust and massacre/…the obscene nonsense of sustainable growth”. Later, it takes a turn. Say something about “peace, about hope, about life/ say something about them about us… some honour, some decency.’

Angshuman Kar writes that the arrow ‘has not venom but love on its head’ and ‘instead of shields/ the soldiers are carrying/either sanitisers or soaps’. He concludes: ‘For the first time/ The world is witnessing a horrific war/ without weapons.’

You come across images that are unforgettable. Mangesh Kale starts a poem with

“He heaved his shadow

Many poems taper into loneliness. It shows what Covid has done to the human spirit. Babitha Marina Justin from Kerala has a fine poem, on a day in our lives, ending with “I have to go out and smell/ the sea and feel its filthy frothy/ gums sucking on my toes.”

Nishi Chawla herself has a fine poem which shows that karmic truths don’t hold with the virus. Zingonia Zingone, who keeps up an Indian connection, writes about “Reality,/ Slowly sipped by idleness.”

Amlanjyoti Goswami’s ‘In Time’, talks of “How an ambulance at the door spelt danger not hope”, and how we’ll be more at home “with our many imperfections, our perfect solitude”. He ends by answering the question ‘what it was like,/ we will tell them, yes, we kissed with our eyes/ Learnt how to live, a day at a time, not a breath too soon/ How we never found the time to die.”

Aren’t we getting a bit too dismal? Arundhathi Subramaniam corrects the tilt. She talks “about the wisdom of looking within”. Meaning won’t save us “but rhythms will”, and suddenly the sky falls away “like blue laughter”.

Maledictions? I picked out two pretty bad poems. “I’ll go Home” starts with “swarms of waves...” and then follows “slivers of the sun”. Another, “I Speak from the Towers of Silence”, has lines like “Hugs are hats hung on the backdoor”. And desi usage — “I wish not to pollute...”